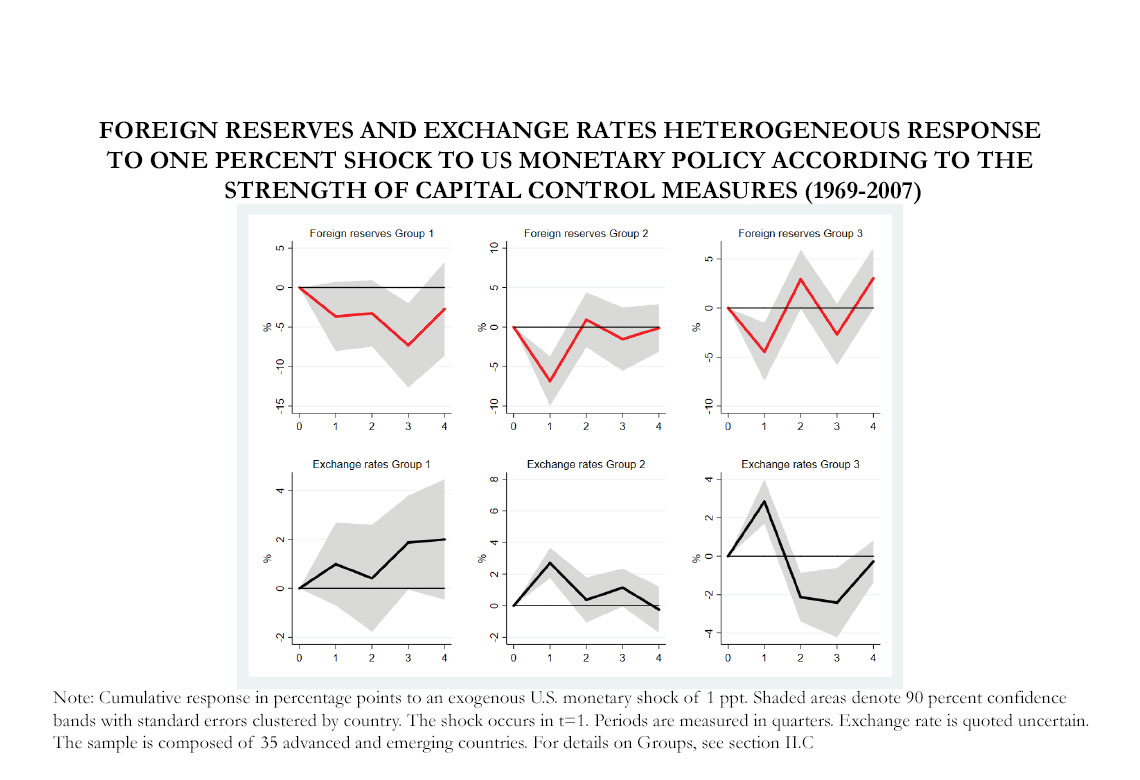 Long considered as heterodox and suboptimal policies, capital controls and foreign exchange interventions are coming back to the forefront of the scene as respectable macroprudential policy measures (IMF 2020). Recent theoretical contributions provide new justifications for both instruments and highlight their usefulness to mitigate the impact of destabilizing capital flows on the domestic economy and ensure monetary policy autonomy (Jeanne and Korinek 2010; Schmitt-Grohé and Uribe 2012, 2017; Farhi and Werning 2014; Maggiori and Gabaix 2015; Basu et al. 2020). Whereas standard international macroeconomic models have usually seen them as substitutes (Jeanne and Rancière 2011; Scott Davis et al. 2020), the new literature argues that these two tools can reinforce each other (e.g. Maggiori and Gabaix 2015). However, the question of whether capital controls and FX interventions should be used in combination remains open. For this reason, the new Integrated Policy Framework (IPF) of the IMF (2020) maintains a pragmatic approach that calls for more research: “optimal combinations depend on country conditions and shocks”.

The value of our empirical approach comes from two original features. First, although the literature on the impact of exogenous U.S. monetary policy shocks on foreign countries is now very large (e.g. Dedola et al. 2017; Kalemli Ozcan 2019; Miranda-Aggripino & Rey 2020), this is the first paper to investigate the effects of such shocks on foreign exchange reserves. We use this standard identification strategy to tackle the issue of the combination between capital controls and foreign exchange reserves. Second, we use a new quarterly macro-financial dataset built by Monnet and Puy (2021) that covers 35 countries (both advanced and emerging economies) starting from 1950. This long time-span allows us to exploit a lot of within and between variation and heterogeneity in capital controls and exchange rate regimes, which is crucial for panel estimations with country fixed-effects.

Our results thus reframe the debate on the relationship between the use of capital controls and foreign exchange reserves. On one hand, there is evidence of complementarity between the two: a large number of countries (1/3 of our sample) have capital controls and experience a fall in foreign reserves after a U.S. interest rate shock. On the other hand, we find evidence of substitutability because countries rely more exclusively on foreign reserves interventions as they open their capital account. Overall, our findings highlight the diversity across countries and thus justify the new pragmatic approach of the IMF (2020) regarding the combination of capital controls and FX interventions