Rue de la Banque no. 72: Costs and consequences of a trade war: a structural analysis

Recent US policies (and announcements) and consequent retaliations have increased the threat of a global trade war. This Rue de la Banque provides an assessment of the global macroeconomic short-term implications of higher trade tariffs for the global economy using the International Monetary Fund (IMF) global integrated monetary and fiscal model (GIMF).

This quantification takes into account the direct (increase in trade tariffs) and indirect (fall in productivity, rise in financing costs and increase in uncertainty) channels of a global trade war. A global and generalised 10 percentage points (pp) increase in tariffs could reduce the level of global gross domestic product (GDP) by almost 2.0% on impact, and up to 3.0% after two years. 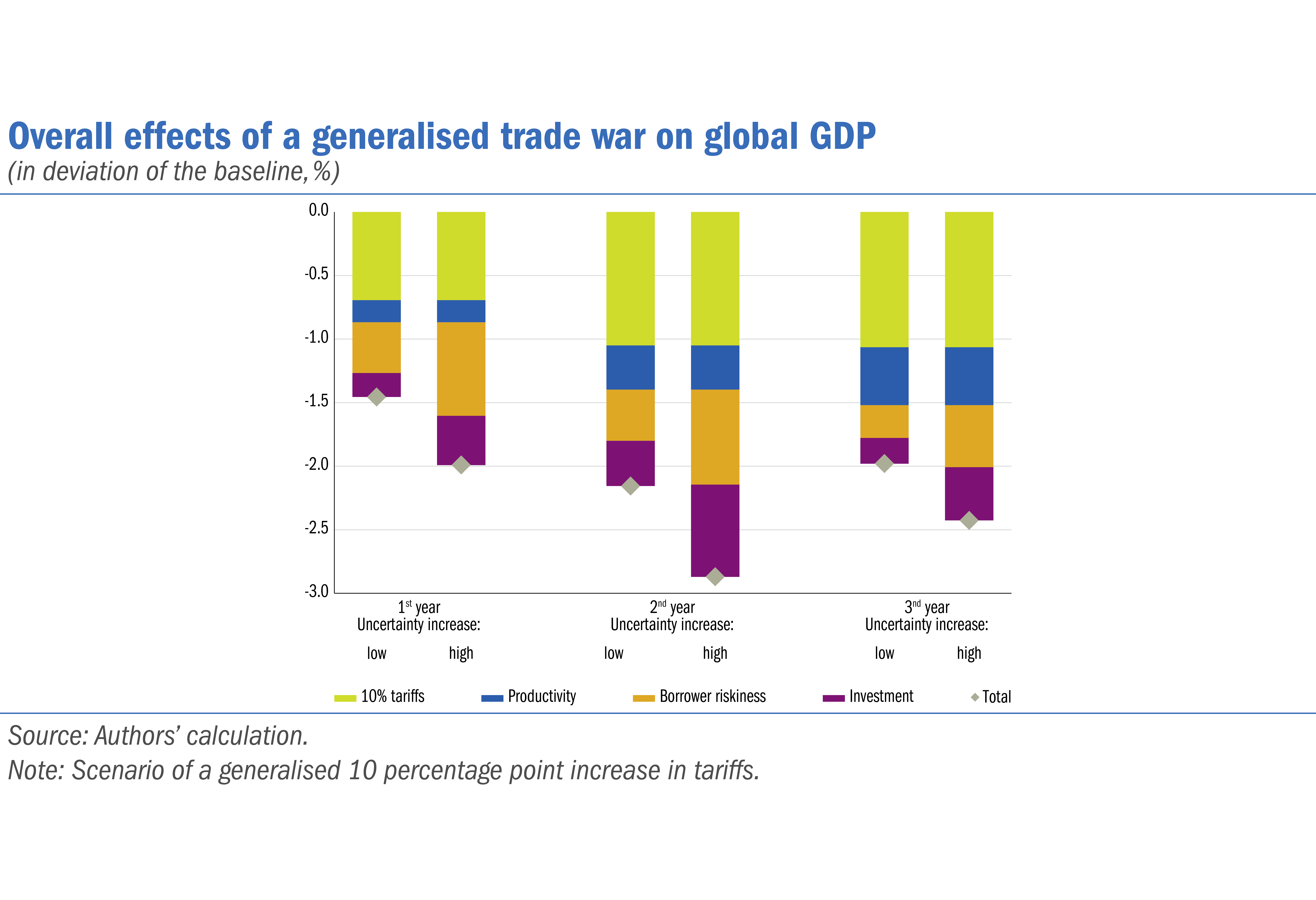 Since the beginning of 2018, the US administration has announced and implemented a series of protectionist measures for products such as steel and aluminium. While the overall volume of trade covered so far remains limited (in September 2018, new import tariffs implemented by the United States (US), China, Canada, Mexico and the European Union (EU) accounted for about 3% of global imports), additional measures could be considered by governments. Following China’s decision to retaliate against US tariffs on Chinese goods, the White House announced additional tariffs during the summer covering USD 200 billion of imports from China. These additional measures were implemented in September 2018, but ultimately, all of US imports from China could be potentially targeted by new tariffs.

New protectionist measures could also be extended by the US administration to imports of automobiles and auto parts, raising the risk of a geographical spread of the trade war as the regions mostly affected could also retaliate.