Working Paper Series no. 782: Determinants of Banks’ Liquidity: a French Perspective on Interactions between Market and Regulatory Requirements

The paper investigates the impact of solvency and liquidity regulation on banks' balance sheet structure. The Covid-19 pandemics shows that periods of sharp increase in risk aversion often result in liquidity strains for banks due to the volatility of long-term funding markets. According to a simple portfolio allocation model banks’ liquidity increases when the regulatory constraint is binding. We provide evidence, using the “liquidity coefficient” implemented in France ahead of Basel III's Liquidity Coverage Ratio, of a positive effect of the solvency ratio on the liquidity coefficient. We also show that in times of crisis, measured by financial variables, French banks actually decreased the liquidity coefficient, with the transmission channel materialising mainly on the liability side. 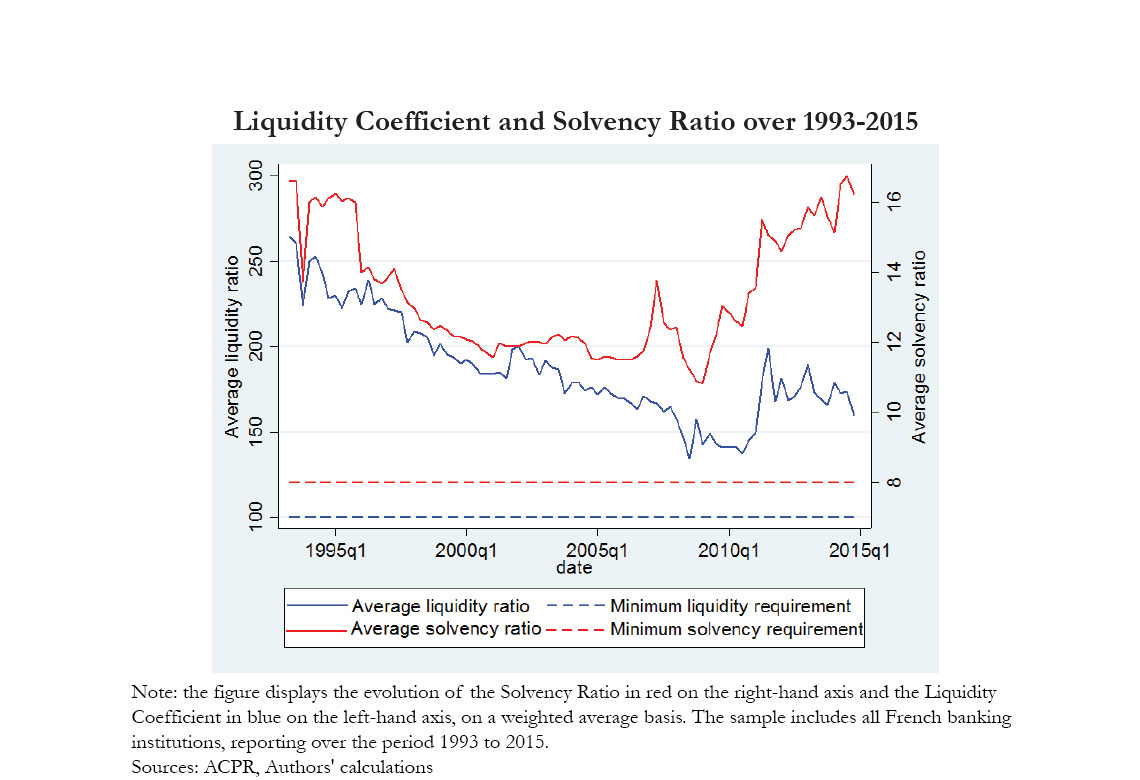 Capital and liquidity requirements present many interactions. While banks' capital regulation has been amply analysed in the literature, the estimation of banks' liquidity is still in its infancy. This can be explained by the fact that until recently there had not been any internationally harmonised liquidity ratio.

The Covid-19 pandemics shows that periods of sharp increase in risk aversion often result in liquidity strains for banks due to the volatility of long-term funding markets. The latter react differently depending on the diversity of their funding sources and their risk profile. The first line of defence in those situations consists in using liquidity buffers to cope with cash outflows. But banks might also increase their liquidity buffers if they anticipate a long-lasting crisis and want to mitigate liquidity risks in the future. Finally, the central bank can also provide a form of insurance against systemic liquidity risks by providing unlimited amount of cash against collateral.

This study aims at estimating the determinants of banks' liquidity ratios, taking into account the interactions between solvency and liquidity as well as between market liquidity and funding liquidity risks. To that end, we estimate a system of simultaneous equations.

Likewise, financial risk variables affect liquidity and solvency ratios only during periods of high stress, with a larger adverse effect on liquidity than solvency, confirming the evidence of strong interactions between market liquidity and bank funding liquidity during crisis periods. The financial risk channel is found to materialise mostly on the liability side, through net cash outflows.