Working Paper Series no. 695: Does FDI crowd out domestic investment in transition countries?

As a capital flow, foreign direct investment (FDI) is often expected to act as a complement to domestic savings, thus facilitating the financing of local investment projects. While FDI can directly add to the existing capital stock, it can also indirectly influence the structure of the capital stock itself. Typically, local investors may react to FDI entry, leading to either a substitution or a complementary relationship. FDI crowds in (crowds out) domestic investors, when it leads to more (less) investment from domestic sources. The reaction of local investors to foreign firms’ entry is of major interest for policy makers. If FDI is found to significantly crowd out domestic investment, its benefits for developing countries could be seriously challenged and policies designed to attract FDI could be put into question.
By Cristina Jude. 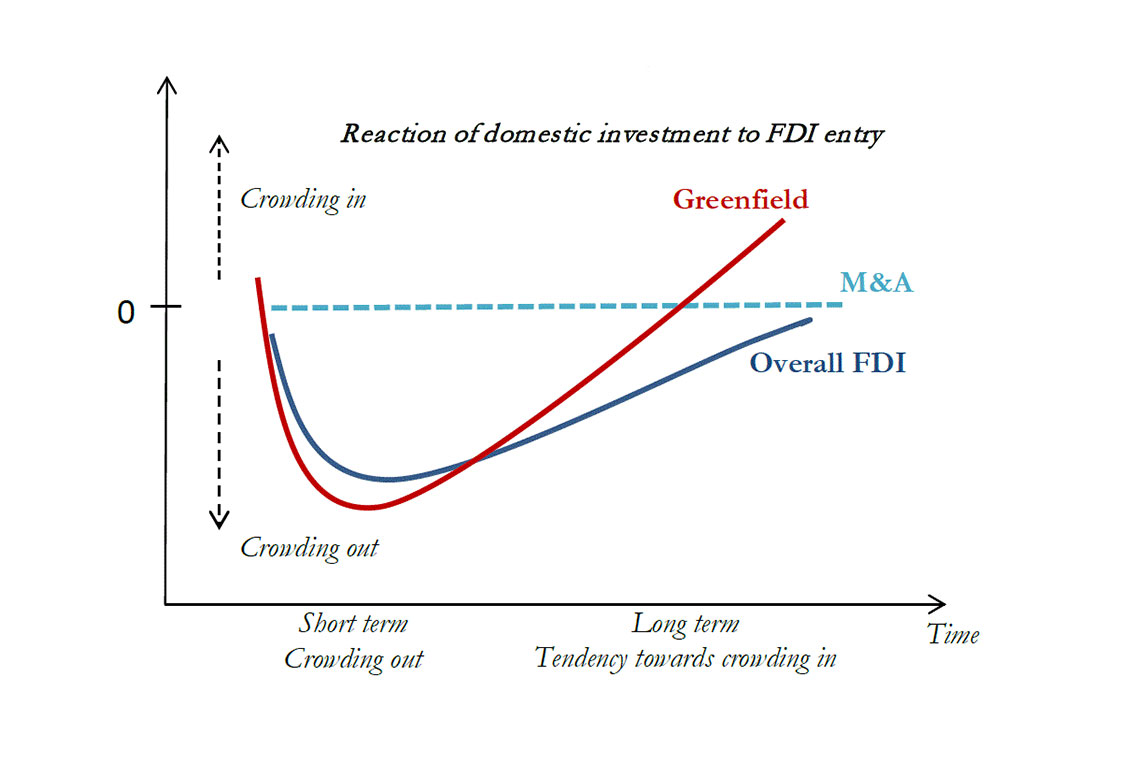 We can identify essentially two interaction channels between FDI and domestic investment. First, real market interaction occurs when FDI entry affects the demand addressed to local firms, either through a competition effect or through local sourcing. Second, the supply of funds associated with FDI may increase local liquidity and loosen financial constraints for domestic firms.

We focus our analysis on the transition countries of Central and Eastern Europe, which have received considerable FDI inflows and have a particular stake in the capital accumulation issue. First, we depart from the traditional empirical framework used in previous studies by adopting a broader approach that includes additional determinants of investment. Second, we investigate the individual effects of greenfield FDI and mergers and acquisitions (M&A), as we expect potentially different implications for the dynamics of local investment. Third, we tackle the role of financial development in favoring a crowding in of domestic investment.

Finally, we show that developed financial markets can partly compensate for the negative competition effect, due to their ability to effectively redistribute financial resources and thus facilitate access to finance for domestic investors. Conditional on developed financial markets, especially a strong banking sector, M&A can be conducive of a crowding in effect on domestic investment. The effect of greenfield FDI is less conditioned by financial development appears, as it main influence on domestic investment appears to channel through the real market.

To the extent to which the short term crowding out phenomenon is the result of a competitive market mechanism, no strong policy measure is needed as the overall effect on national welfare should be positive. Some specific incentives to FDI entry may prove useful to mitigate the short run crowding out effect, like the preference for greenfield FDI, the entry of foreign investors in underdeveloped local industries or the use of local inputs. Public action to facilitate access to credit for local investors could also help alleviate some of the competition effects and allow a more balanced redistribution of financial resources.