This Rue de la Banque analyses the long-run evolution of wealth in France from 1800 to 2014, using estimates from Garbinti, Goupille-Lebret and Piketty (2017). Following a period of prolonged stability during the 19th century, inequality declined ignificantly from the beginning of the 20th century before increasing, moderately but constantly, since the mid 1980s. Financial assets have accounted for an ever-increasing proportion of the wealth of the richest individuals since the 1970s. In the long run, highly contrasting scenarios for the evolution of wealth inequality are possible, depending on differences in labour incomes, saving rates and asset portfolio rates of return.
Bertrand GARBINTI and Jonathan GOUPILLE-LEBRET 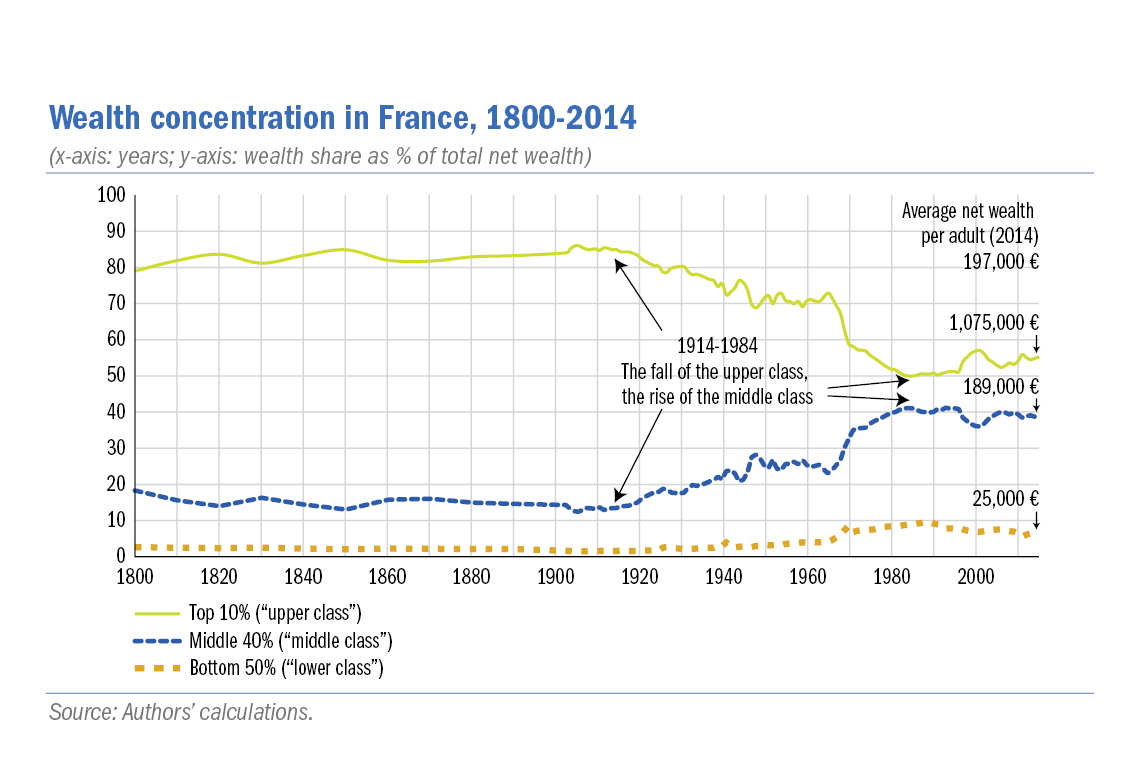 Measuring the distribution of national wealth necessitates a large array of data sources and methodologies that are imperfect and often contradictory. We exploit several information sources to carry out a project to document the long-run evolution of wealth inequality in France. For the earlier period, from 1800 to the 1970s, we use inheritance tax data,1 which allow us to calculate the wealth of the people alive at the time via a simple method of reweighting death estates using a standard correction for differential mortality. For the recent period, from 1970 to 2014, we use both income tax returns data and Insee housing and wealth surveys.

This methodology not only allows us to trace the evolution of wealth in France from 1800 to 2014, but also to present the changes in portfolio composition of the different wealth groups since 1970. Lastly, we propose a simple model to illustrate the effect on inequality of the key determinants of wealth accumulation (unequal labour income, saving rates and portfolio rates of return).

publication
Rue de la Banque no. 66: The evolution of wealth inequality in France from 1800 to 2014
Download (EN)