The productivity slowdown has been analysed as an effect of weaker technological progress, of the digital economy or of a less efficient reallocation process. Using data on firms operating in France, we highlight that, at the technological frontier, productivity has accelerated, especially over the recent period, which contradicts the hypothesis of a decline in innovation. The most productive firms in a given year do not, however, improve their relative advantage. The convergence of firms’ productivity does not seem to have slowed down in the 2000s, which does not confirm the hypothesis of a decrease in the dissemination of innovation. On the other hand, the dispersion of productivity between firms has increased, which suggests growing difficulties in reallocating production factors, labour and capital, between firms.
By Cette Gilbert, Corde Simon, Lecat Rémy 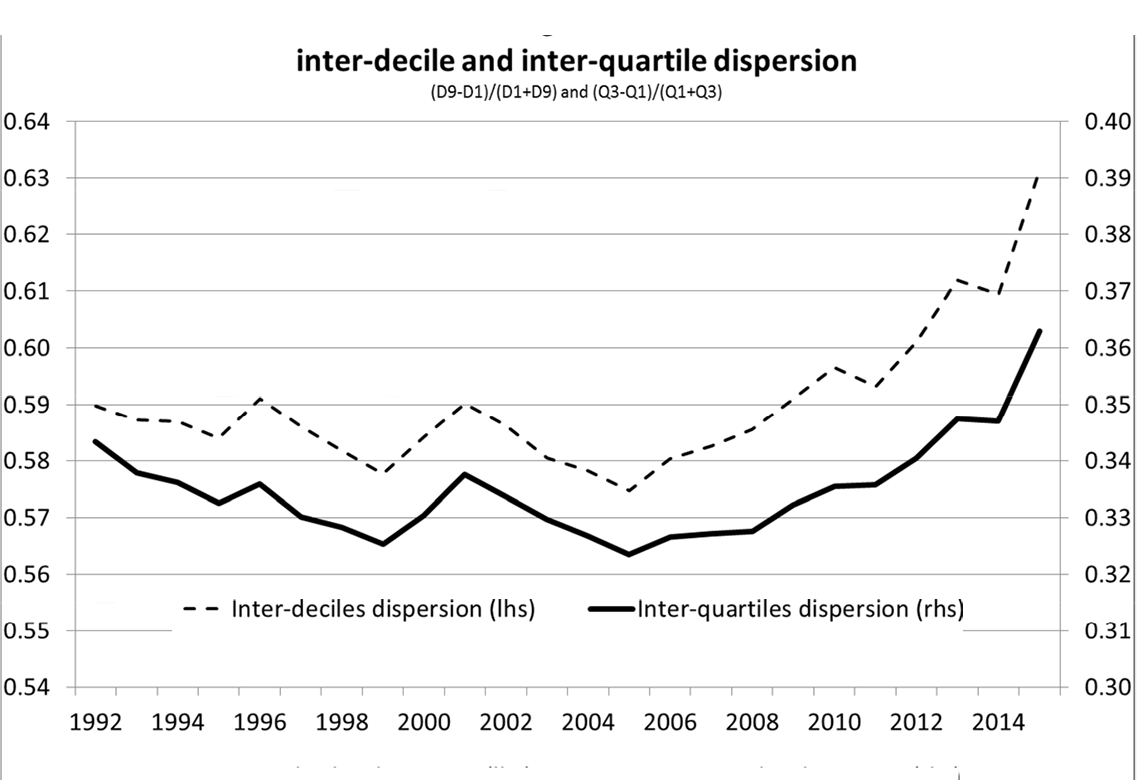