Working Paper Series no. 904: Measuring and Comparing Consumption Inequality between France and the United States 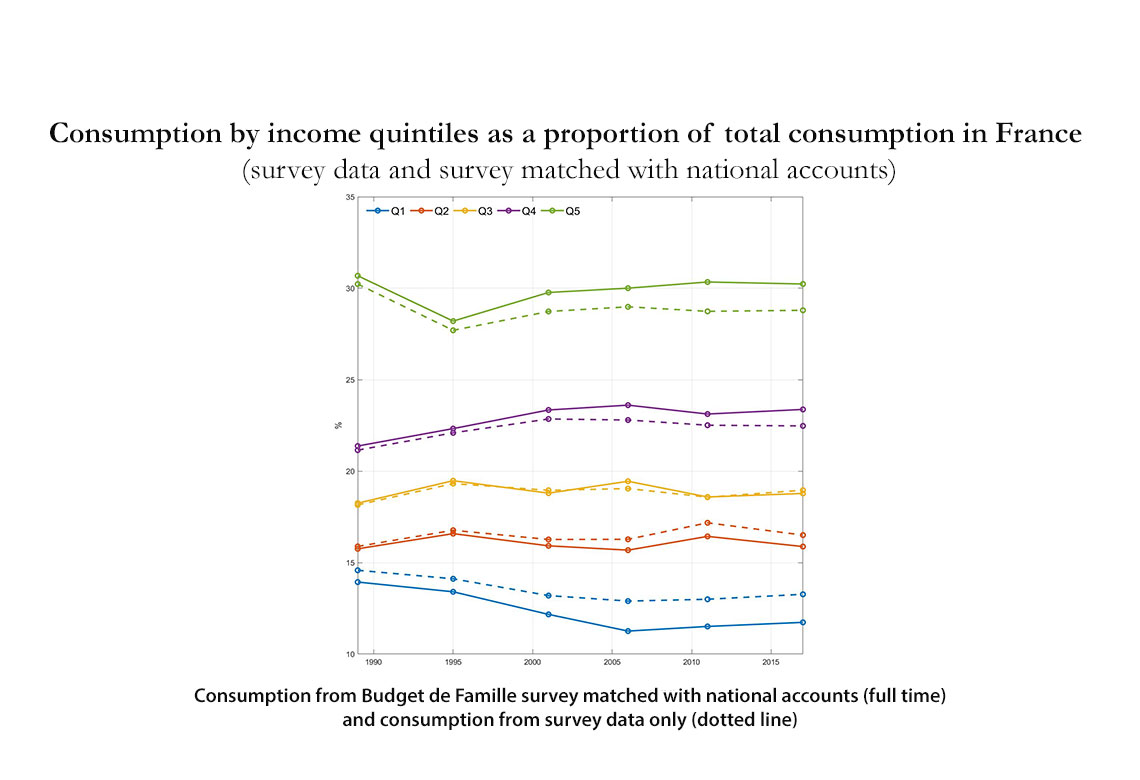 The environment of extremely low interest rates during the last decade has stirred a debate about the distributional consequences of monetary policy. To understand the cyclical and structural drivers of inequality, and the distributional impact of monetary policy, most research has focused on income and wealth inequality, due to the availability of highly granular data and often from administrative sources. However, looking into consumption inequality is highly important from a welfare perspective, as variations in income and wealth over the business cycle will only matter if they translate into variations in consumption inequality.

In this paper, we address this shortcoming of the literature and focus on consumption inequality. Because consumption across the income distribution is usually measured through households’ surveys, often scant or infrequent, we develop a methodology to address the low frequency issue of existing surveys. We apply this methodology to France, where the survey “Budget de Famille” is run every five year to provide a yearly measure of consumption by income quintiles. Our yearly data set thus allows us to study the evolution of consumption inequality over the long run in France, between 1989 and 2019.

Our methodology relies on matching and rescaling disaggregated consumption data from the household survey available at a five-year interval with the aggregate consumption from the national accounts. We then obtain an infrequent “distributional national accounts” data set. We then use an augmented Kalman filter, exploiting implicit linear constraints and available yearly income by quintiles as explanatory variables, to interpolate missing consumption observations. We first back-test this methodology for the United States, where the survey is run every year. We show that the Kalman filter largely improves on linear extrapolation methods, especially regarding cyclical variations, which is important when one seeks to analyze variations across the business cycle. Our methodology’s contribution is twofolds: (i) we build consumption series by quintiles consistent across the household budget survey and national accounts, which provides harmonized estimates over time and across countries, and allows for meaningful comparison across  these two dimensions; (ii) it is applicable to any country with infrequent household consumption survey data and can bridge this data gap.

Finally, we compute consumption deflators and CPI indices across the income distribution. We depict small differences among the income quintiles, slightly larger in the US. This dispersion across quintiles slightly increases once we go to a thinner level of disaggregation, suggesting that the price heterogeneity probably lies within, and not between the broad consumption categories we have used.