Working Paper Series no. 758: A Pitfall of Cautiousness in Monetary Policy

Central banks are often reluctant to take immediate or forceful actions in the face of new information on the economic outlook. To rationalize this cautious approach, Brainard’s attenuation principle is often invoked: when a policy-maker is unsure of the effects of his policies, he should react less than he would under certainty. We show that the Brainard principle, while a wise recommendation for policy-making in general, runs into a pitfall when it is applied to a central bank setting monetary policy. For a central bank, concerns over uncertainty create a cautiousness bias: acting less is justified when taking as given the private sector’s expectations of inflation, but acting less shifts these inflation expectations away from the central bank’s inflation target. In response to the de-anchoring of expectations, the central bank can easily end up acting as much as it is initially reluctant to do, but without succeeding in putting inflation back on target. This pattern is a feature of policy under discretion: the central bank would often be better off tying its hands not to listen to its concerns about uncertainty. 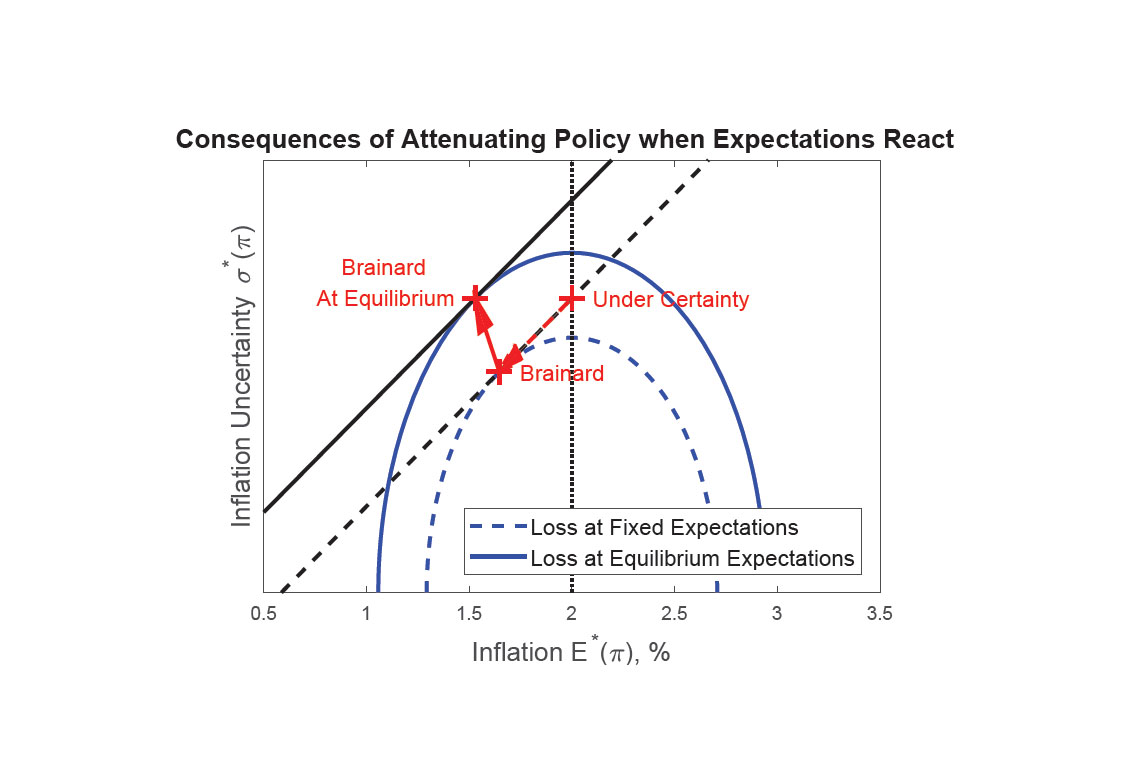