At the root of the notion of stablecoin (SC) lies a desire to reconcile two different worlds: that of legal currency, whose essential attributes are hierarchical order, the vocation to uniqueness and stability of the purchasing power, and that of crypto-assets, featuring decentralization, multiplicity and thus the possibility of choice, and the instability of value. Do SCs fulfill their promises? With regard to their volatile prices, limited number, small total amount, and concentrated market, SCs have so far met with a mixed success. They rather represent a complement to the crypto-assets market. However, the arrival of very large issuers, securing a higher degree of confidence to users, and apt to reach a wide public, could give their projects a potentially systemic impact. These global SCs would create risks, in particular for financial stability and monetary policy, and in lesser-developed economies. This paper reviews these risks and the way the private sector, regulators and central banks can address them. 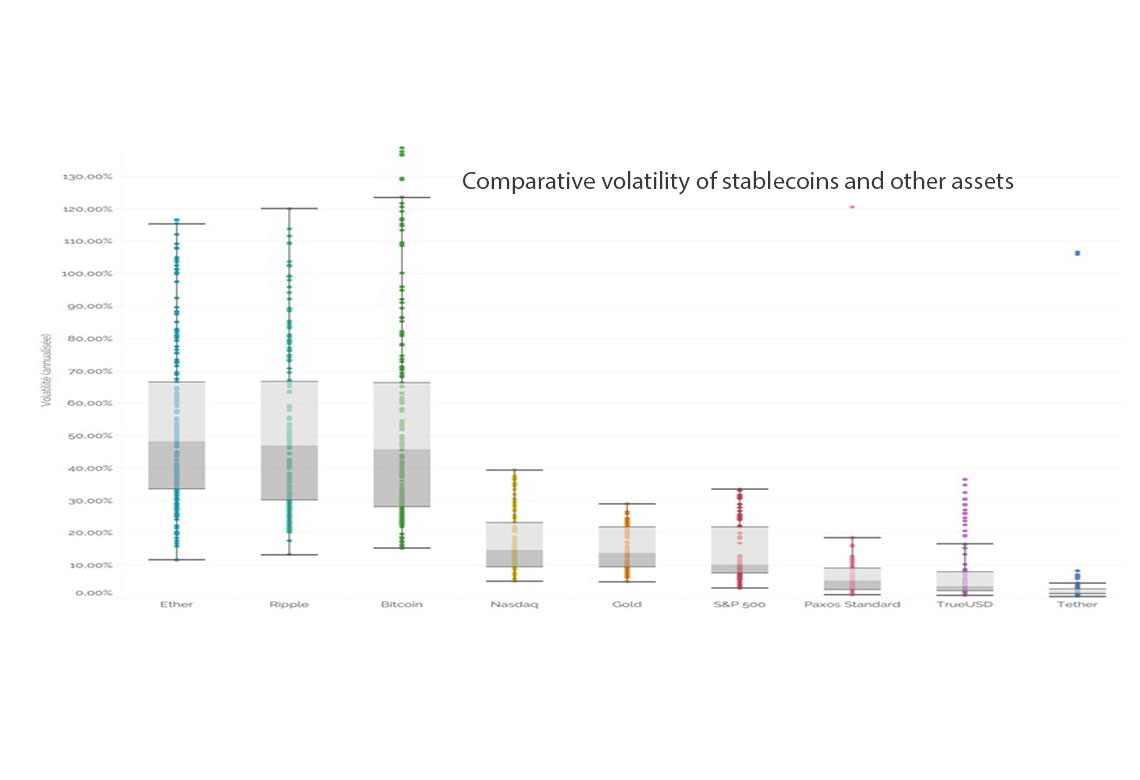 At the root of the notion of stablecoin (SC) lies the desire to reconcile two worlds: that of legal tender, whose essential attributes are hierarchical order, the vocation to uniqueness and stability of the purchasing power, and that of crypto-assets (CAs), featuring decentralisation, multiplicity and therefore the possibility of choice, and the instability of value (Pfister, 2017). But can SCs manage to marry fire and water? Are they really stable and can they be stable without giving up decentralization? Can they make a significant place for themselves alongside the traditional players, central banks and payment service providers, or even marginalise these players? Should the public authorities seek to supervise them, and if so are they likely to do achieve that goal? Should they be oppose their own innovations to SCs? This paper attempts to answer these questions by first assessing the contributions of SCs, then the macroeconomic risks they generate, and finally the responses that these risks call for.

SCs can be defined as crypto-assets (CAs) that aim to maintain a stable price in vis-à-vis a benchmark. The latter is most often provided by a legal currency, sometimes by a basket of currencies, a commodity such as gold, or even another CA. By using SCs, CA investors are thus able to remain in the "crypto universe", with its advantages in terms of resilience, integration, immutability and anonymity (Pfister, 2017), while benefiting from a stable environment, generally borrowed from the legal reference currencies. SCs seem to offer a brave new world. In fact, given some volatility in their prices (see Figure), their small number, limited outstanding and the concentration of their market, the success of SCs seems to be very mixed, and their market has so far appeared as an appendix to that of the CAs.

The paper focuses on two categories of risks which are specific to global stablecoins (GSCs): the risks for financial stability, and those for monetary policy. For both categories of risk, a distinction is made between wholesale and retail SCs. Regarding financial stability, a wholesale SC could lead to the concentration of financial transactions in a blockchain, which would strengthen the connections between large financial institutions and large firms at the global level, creating a single point of failure and a too big to fail moral hazard issue. The viability of the business model of retail SCs depends largely on the level of interest rates on the assets held. However, the historically low levels of interest rates nowadays considerably limits the return on the reserve. In order to preserve its profitability, the issuer may thus be tempted to invest in securities that are riskier, in terms of credit, liquidity, and duration or even exchange rates. Regarding monetary policy, in the case of wholesale SCs, their issuance could lead to a decrease in demand for reserves in the reference currency. On the other hand, if the wholesale SC is backed in whole or in large part by base money, the demand for reserves could increase significantly and become more volatile. The use of retail SCs, especially if it were to be widespread, possibly leading to the crowding out of legal tender, would raise difficulties for the conduct of monetary policy, both in terms of the transmission mechanism and implementation. These difficulties would be similar to those raised by dollarisation.

The private sector could respond to the risks posed by GCSs by improving the quality, efficiency and rapidity of transfers, especially at the international level. It could be helped by the interconnection of central banks’ real-time gross settlement (RTGS) systems. Regulators can first coordinate in order to avoid regulatory arbitrage. However, since regulations differ according to the nature of the assets concerned (e.g. money or securities), regulators must also consider the legal classification of the SCs. Central banks can respond at two levels: the level at which they usually operate, i.e. the national level or, for monetary unions, the area level, but also at the international level. At the national/area level, they can adopt prudential policies measures, with for example the strengthening of liquidity requirements, to cope with potentially more frequent runs. They can also adapt monetary policy, with a possibly important role for the exchange rate and choose to issue CBDCs to counter SCs. At the international level, central banks can also coordinate and possibly issue a global digital currency, although the latter initiative would raise issues regarding timeliness, governance and implementation.