The rise in sovereign bond yields observed in the so-called “periphery” euro area countries from 2008 onwards can potentially be attributed to significant and rising levels of external government liabilities coupled with already high levels of public debt. The results of our estimations show that this combination of factors better explains the increase in risk premiums than fiscal variables alone. In particular, deterioration in net international investment positions to below a threshold of –50% of GDP most likely prompted an abrupt revision of market expectations.
Investors appear to impose a greater penalty on countries with a “twin deficit”, that is countries with both fiscal and external deficits. One implication that can be derived from this is that periphery countries could reduce the risk premiums on their public debt by bringing their external balances back to more sustainable levels. 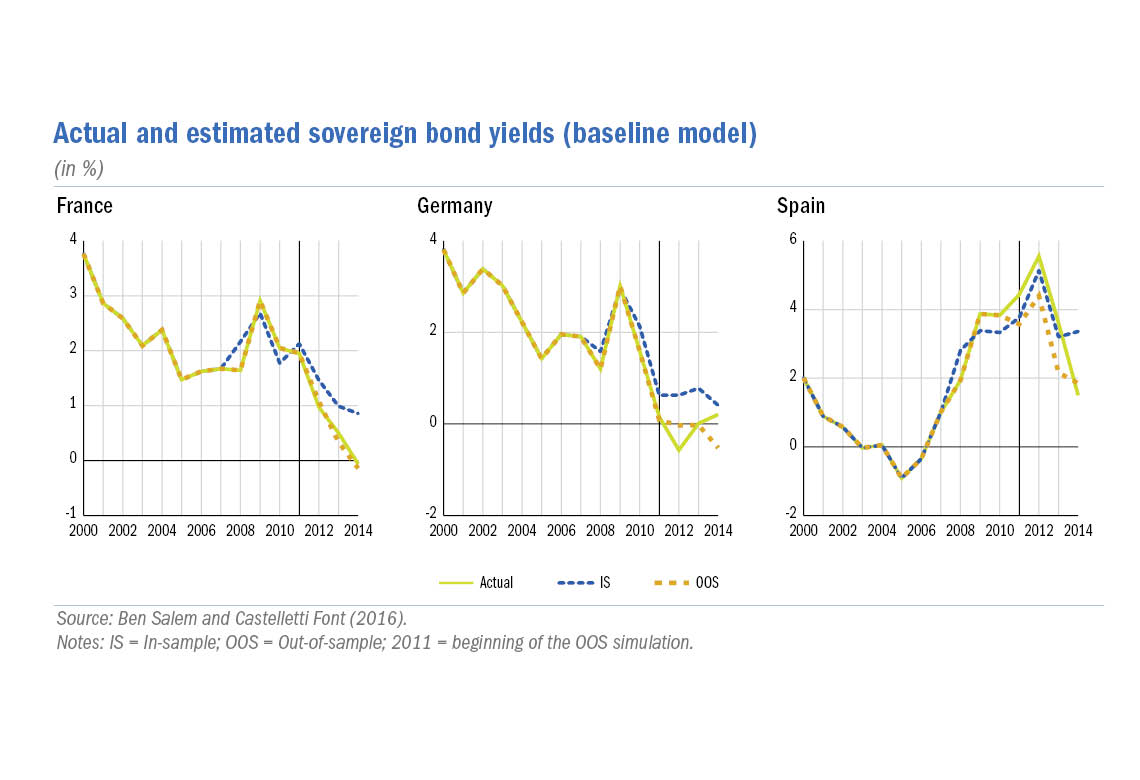 The outbreak of the 2008 financial crisis led to a significant widening of the differentials between euro area sovereign bond yields. Investors appeared to discriminate against “periphery” countries more than could be justified by fiscal factors alone.

The hypothesis we aim to test here is that the surge in sovereign bond yields for periphery countries was not simply the result of fiscal weaknesses caused by a deterioration in public finances in most euro area economies after the 2008 crisis. Rather, it can also be attributed to a marked and rapid worsening of periphery countries’ external imbalances, as evidenced by the sharp deterioration in their net international investment positions (NIIP) compared with the relative stability of NIIPs in core countries.