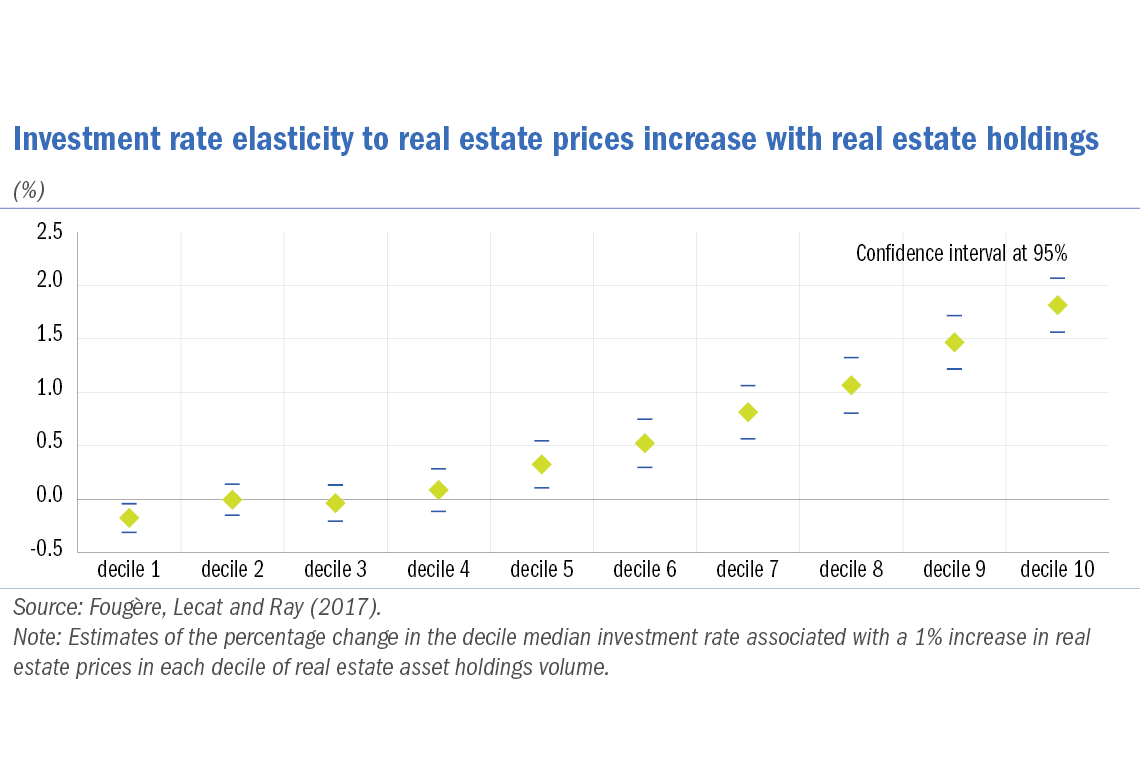 From the late nineties to the financial crisis, real estate prices in many advanced countries experienced a boom, unprecedented in size and duration. This has led analysts to question the impact of this boom on productive investment. In countries like Spain where a bust followed the boom, the adjustment revealed a significant capital misallocation and led to a rebalancing towards the exporting sector (Cette, Fernald and Mojon, 2016). On the other hand, in France, real estate prices did not correct significantly and remained higher than in the nineties relative to consumer or equipment prices. However, France is also subject to question as regard the impact of the boom in real estate prices (see Chart 1) on sectoral allocation and on productive investment (Askenazy, 2013): did the real estate boom alter the allocation of investment towards less productive sectors or firms?

The collateral effect of real estate price increases is mitigated by a negative profitability effect. The literature has focused so far on the collateral channel. In an imperfect credit market, collateral pledging enhances firms’ borrowing  capacities. The ability of the lenders to seize pledged collateral increases the debt capacity of the borrowers as it mitigates the agency problem in this external financing relationship. The extent to which the borrowing constraint is relaxed by collateral pledging depends on the collateral’s liquidation value. Real estate assets often constitute the bulk of firms’ pledgeable assets since they are easily redeployable and have a long lifespan.