Estimates from the Banque de France show that the slope of the Phillips curve in the euro area has remained weak but stable and significantly different from zero since the crisis. In the G7 countries, the coefficient of past inflation has become relatively insignificant since the 1980s, suggesting a shift towards a so-called “non-accelerating” curve. Global demand conditions are captured by import prices, including oil prices. The persistence of a negative output gap and the fall in oil prices largely explain the low level of inflation in the euro area since 2014. However, other factors such as weak wage dynamics or even the risk of an unanchoring of inflation expectations may have played out, the latter risk having called for a strong monetary policy response. 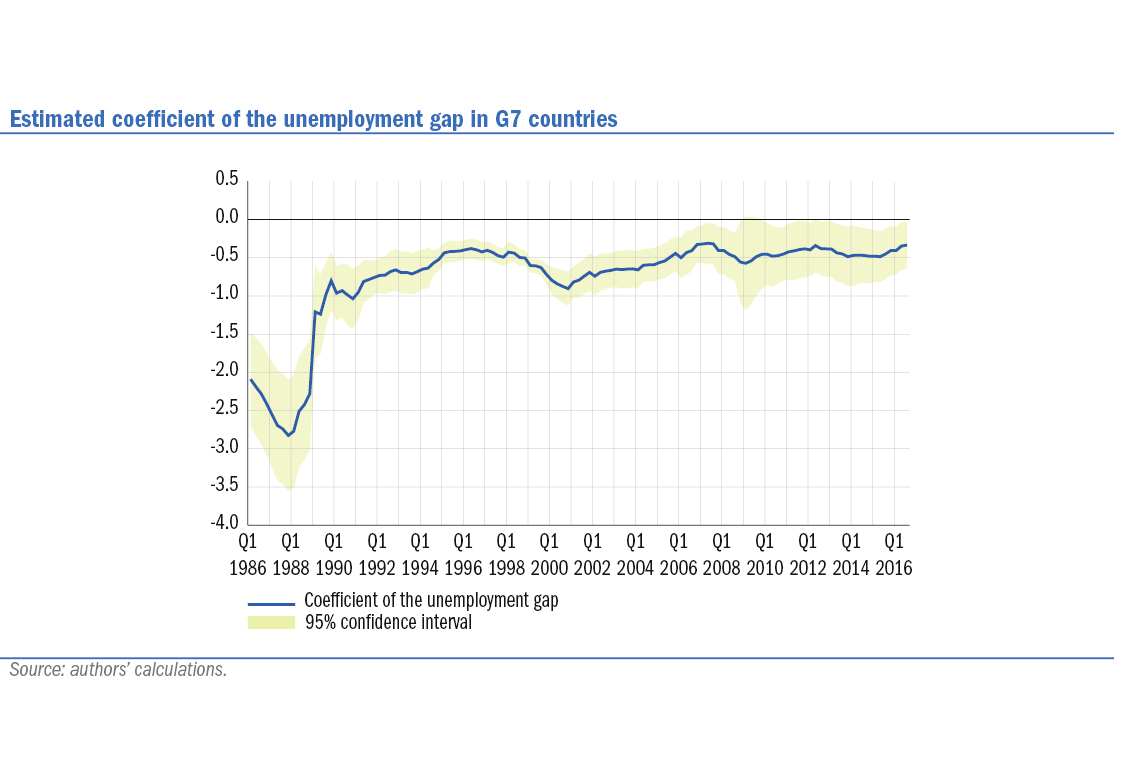 The Phillips curve (PC) is 60 years old, yet the debate on its validity remains active and intense. Today, many observers are raising the question as to the disappearance of the PC (The Economist, 2017, Brainard, 2017, Tresor Eco, 2017).

This issue of Rue de la Banque aims to contribute to the debate by presenting a series of recent estimates obtained by the Banque de France. It should be reminded beforehand that there is a large number of possible specifications for the PC (for a review, see Le Bihan, 2009). Starting from a relationship between wage growth and the unemployment rate (Phillips, 1958), the PC rapidly became sophisticated by incorporating inflation expectations as early as the 1960s, and then by replacing wages by prices as the dependent variable in the 1980s (many works also replace the unemployment rate by the output gap as the explanatory variable). Finally, in its most recent version, the New Keynesian Phillips Curve (NKPC) is a relationship between inflation, expected inflation and the output gap.