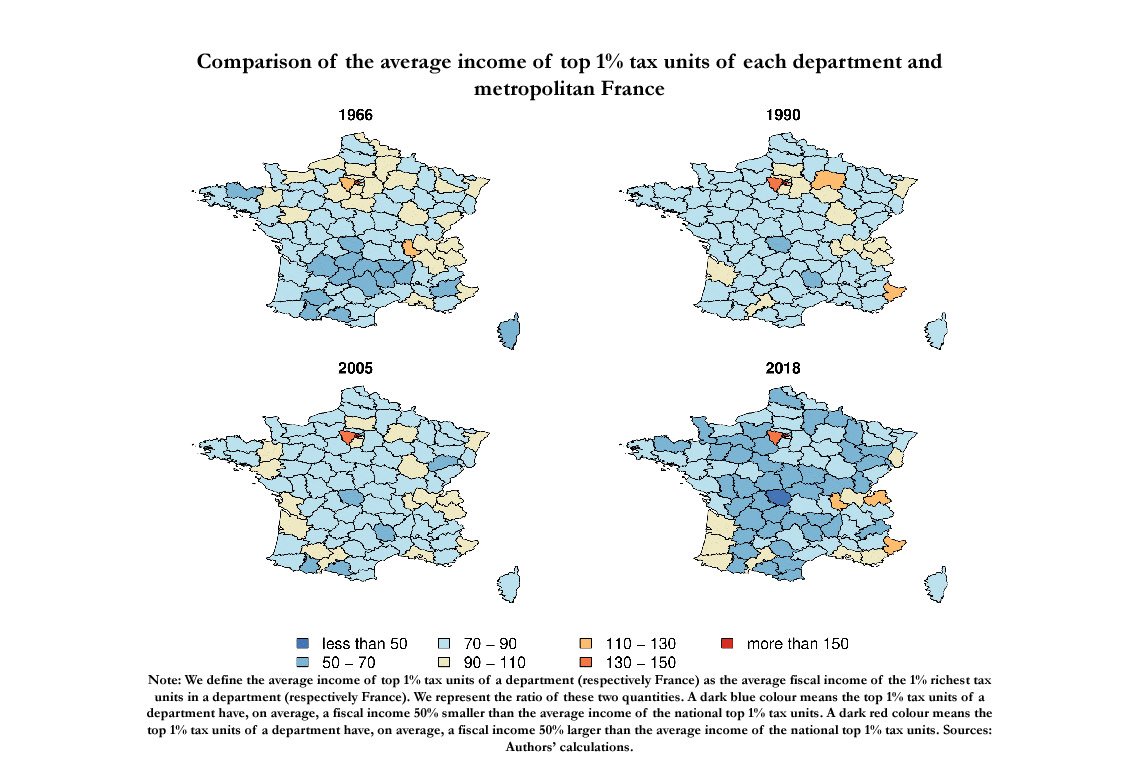 The question of spatial inequalities has garnered increasing interest. However, in most countries, the extent of regional disparities remains unknown. For example, in France, there are numerous debates on the existence of a territorial divide between the Paris region and the rest of France.

In this paper, we uncover the magnitude of regional income disparities in France since 1960. More specifically, we construct homogeneous income distribution series for French metropolitan départements (hereafter referred to simply as departments) for the period 1960-69 and 1986 onwards. First, we have uncovered and digitised more than 4,500 unexplored fiscal archives from the French Ministry of Finance. Then, we have developped a methodology to reconstruct the income distribution of each French department.