Rue de la Banque no. 55: The role of real estate in euro area wealth inequality: lessons from the Household Finance and Consumption Survey

We analyse the role of real estate in wealth inequality within the euro area using data from the Eurosystem’s Household Finance and Consumption Survey. We demonstrate that the level of inequality declines with the homeownership rate. Furthermore, the real estate prices of the properties of the richest homeowners are highest in the most inegalitarian countries. The changes in wealth inequality observed in euro area countries from 2010 to 2014 are essentially the result of the decline in the net value of property wealth (due to both a fall in prices and a rise in debt). The effects vary depending on the countries and wealth groups. 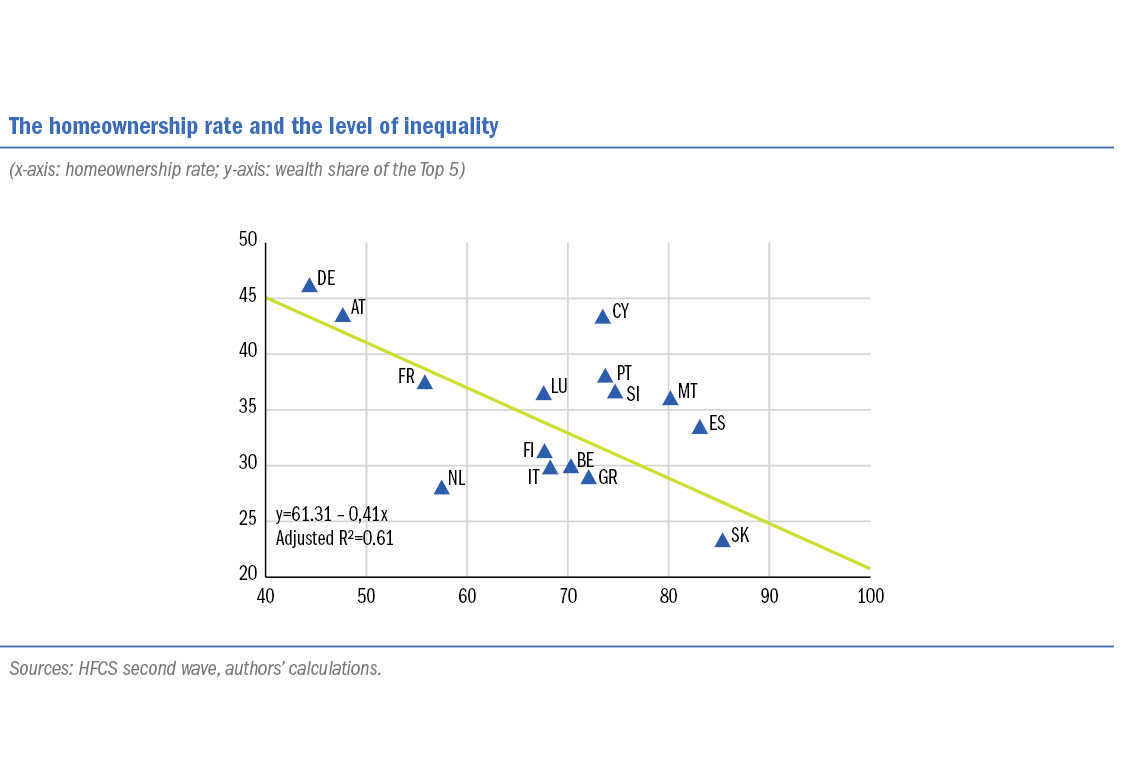 This Rue de la Banque uses data from the Eurosystem’s Household Finance and Consumption Survey (HFCS) to present an original analysis of the role played by real estate in inequality and its evolution in euro area countries from 2010 to 2014. We begin by analysing and documenting two key features: