Rue de la Banque no. 71: Sectoral specialisation and the downturn in France’s foreign trade between 2014 and 2016

France’s foreign trade balance for non-energy goods and services deteriorated significantly between the beginning of 2014 and the end of 2016. Although on average the contribution from sectoral specialisation is more favourable in France than for its European partners, it also implies a dependence on a limited number of sectors, particularly aeronautics, agriculture and tourism. The supply difficulties experienced by France’s stronghold export sectors explain a large part of the downturn in the French trade balance between 2014 and 2016, which since then has only partially recovered. This Rue de la Banque expands upon the analyses set out in the Eco Notepad blog post “Sectoral specialization and the 2014 16 downturn in France’s foreign trade”.
By Hadrien CAMATTE and Guillaume GAULIER 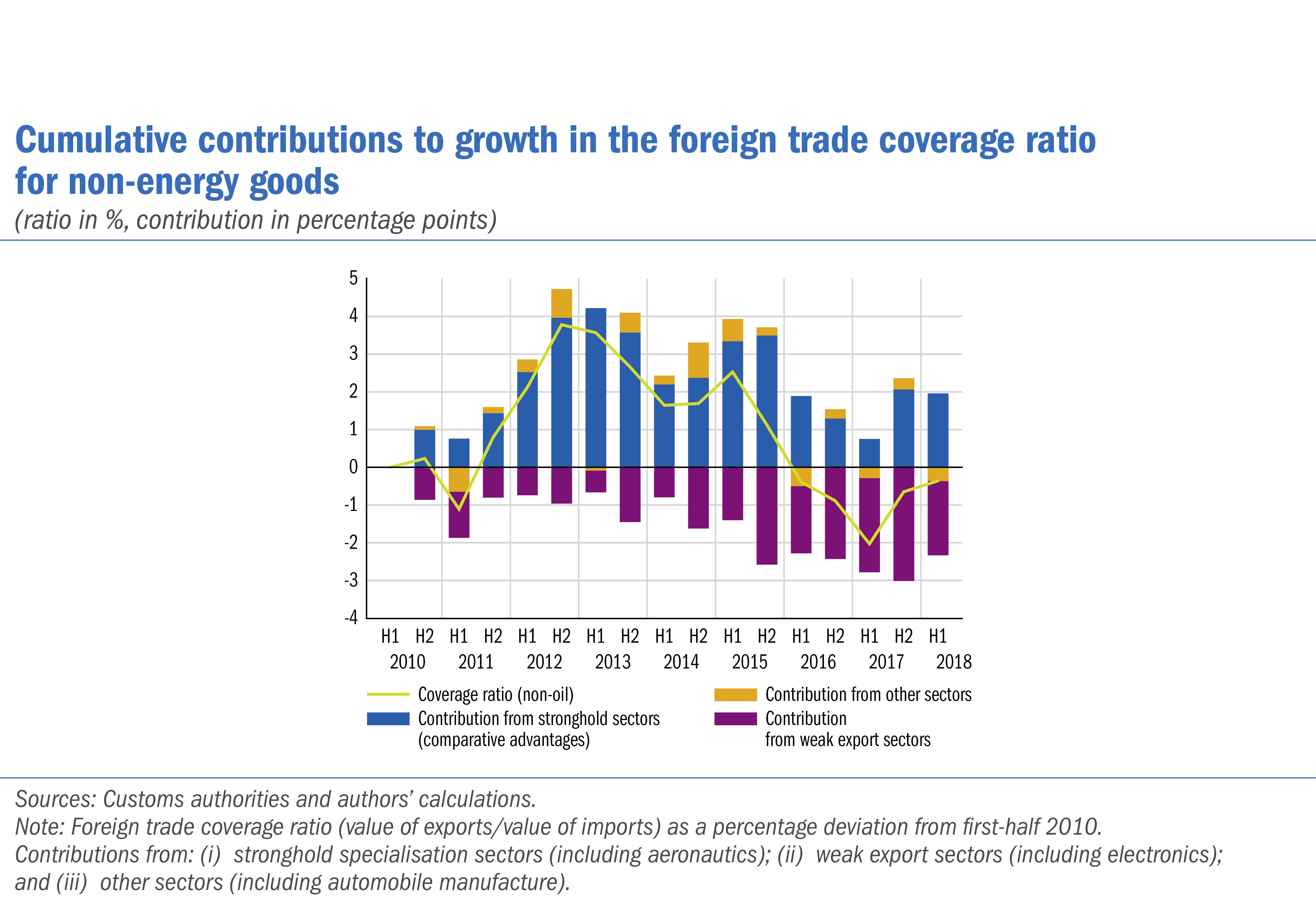 After deteriorating significantly in the 2000s, France’s foreign trade deficit remained more or less stable after 2008 at around –1.0% of nominal GDP1 (see Chart 1). Although the trade balance in non‑energy goods and services continued to show a surplus in the 2000s, it steadily worsened over the period, and following an upturn between 2011 and 2013, deteriorated further until first-half 2017.

This Rue de la Banque expands upon the analyses set out in Camatte and Gaulier (2018).

publication
Rue de la Banque no. 71: Sectoral specialisation and the downturn in France’s foreign trade between 2014 and 2016
Download (EN)