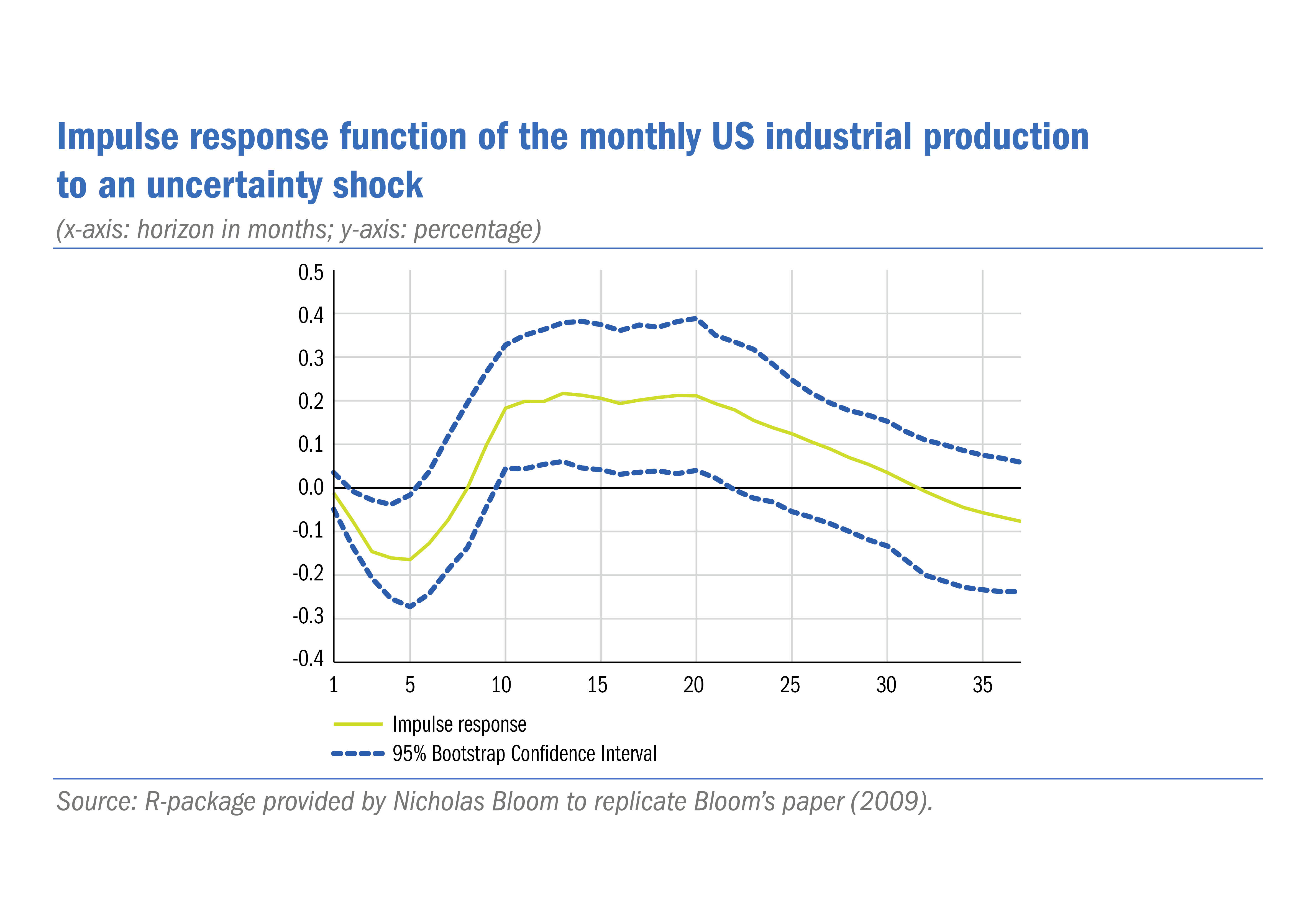 Although global economic activity now appears to be back on track, after years of sluggish growth in the wake of the Global Financial Crisis, various types of uncertainty are clouding economic prospects in the short term (see Obstfeld, 2018). It turns out that there has been a strong focus on uncertainty in recent policy debates, as economic policy decisions have been affected by increasing uncertainties. In a recent speech, Janet Yellen (2017) showed how uncertainties about the economic outlook are related to the state of the economy, to the assessment of the slack in the labour market and to measures for expected inflation and how these expectations weigh in turn on monetary policy decisions, in particular in terms of unwinding unconventional monetary policy measures. At the same time, economic policies have a role to play in reducing the various types of uncertainty by anchoring economic agents’ expectations to a transparent and clear commitment. For example, forward guidance used by central banks to signal the future direction of short-term interest rates or multi-year credible fiscal consolidation plans are efficient ways of conducting economic policy while reducing uncertainty.

Measuring uncertainty fluctuations and their consequences

Because uncertainty is by nature an unobservable variable, there are various approaches to its measurement. Compared to ten years ago, research efforts have increasingly focused on providing uncertainty measures (see a review in Ferrara, Lhuissier and Tripier, 2017). For example, the Volatility Index (VIX) has been extensively used as a measure of uncertainty reflecting the volatility in financial markets. The lack of consensus among forecasters surveyed is another widely used measure of uncertainty; it is assumed that there is a direct positive link between uncertainty about the future and the way in which opinion surveys diverge (see for example Istrefi and Mouabbi, 2017). More recently, text-based studies have exploited large databases of newpaper articles to provide new measures of uncertainty. More specifically, they use and count the number of references to uncertainty in newpapers, with the intuition behind this approach being the greater the number of references, the higher the uncertainty. For example, Baker, Bloom and Davis (2016) propose measuring economic policy uncertainty for a large set of advanced and emerging countries by counting the number of certain specific words in newspapers (such as “uncertainty”, “deficit”, etc.). These new measures have been integrated by policy-makers into policy debates, and are shedding light on the concept of uncertainty, which in turn has led to the development of new measures, within a virtuous circle of activity.