The article presents an assessment of French CO2 emissions linked to the production and distribution of imported and exported goods and services. It shows that France consumes more CO2 than it produces, resulting in a balance of trade deficit of 122 million tonnes. This situation is due in particular to (i) a trade balance deficit in monetary value terms, (ii) CO2 efficient production due to France’s energy mix, and (iii) the sectoral structure of trade flows (with exports measured in value added mainly originating from services, which are low-polluting) and integration in global value chains. Thus, almost half of the CO2 embodied in French exports is emitted abroad, mainly in China and Germany. 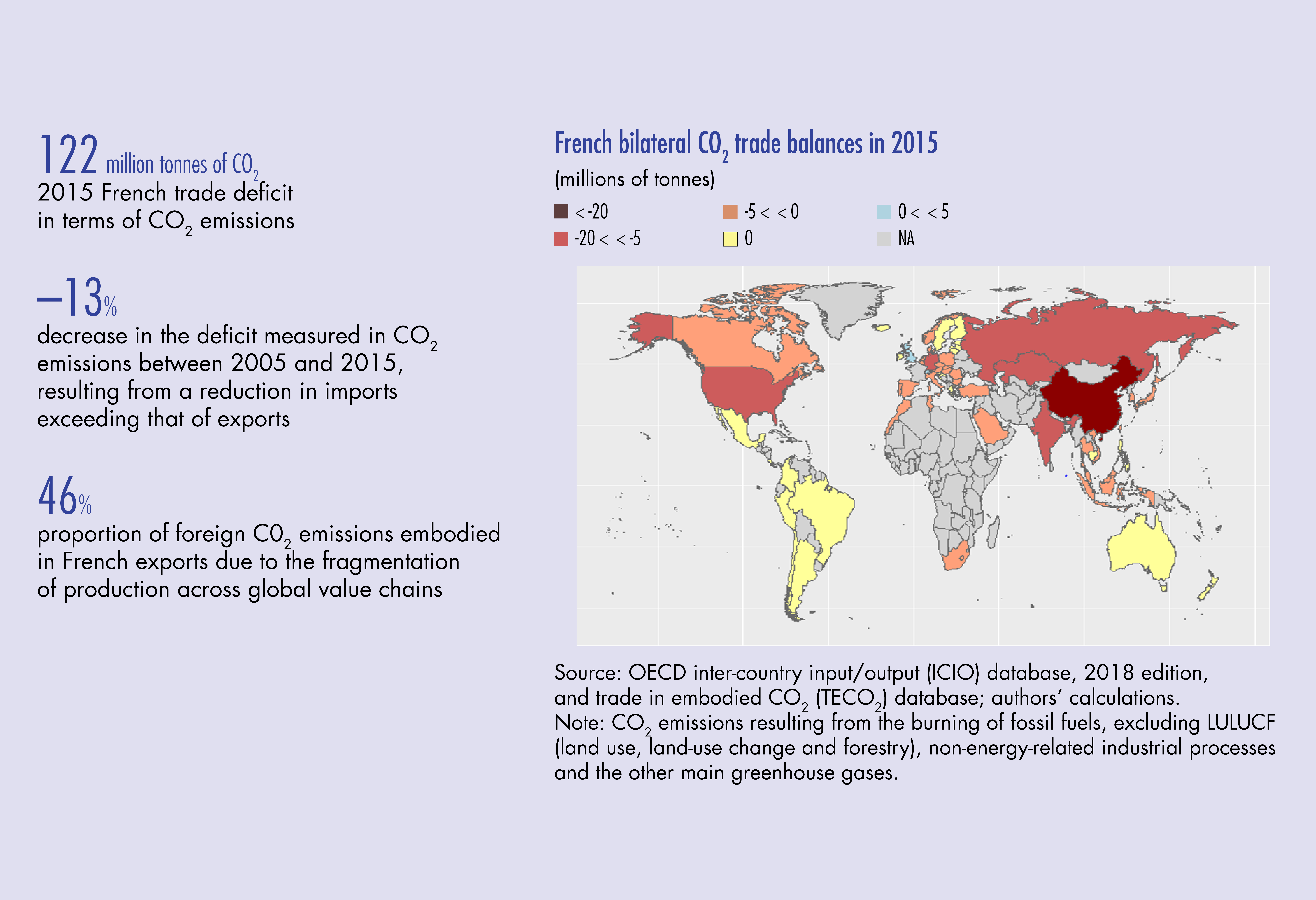 The fight against global warming is based on carbon dioxide (CO2) emissions as the main measurement tool. International agreements thus attempt to coordinate a collective effort to reduce these greenhouse gas emissions (United Nations, 2015). The objectives set out in such agreements target emissions within national borders (United Nations, 1992). However, this measurement does not take into account international trade and thus remains an incomplete indicator of countries’ respective impact on global CO2 emissions.

An alternative approach consists in attributing these emissions to the country in which they are consumed rather than produced. This method makes it possible to establish a country’s “carbon footprint”, i.e. the quantity of CO2 emitted to produce the goods and services consumed in the country (Davis and Caldeira, 2010). International trade serves as a link between these two measurements. Indeed, part of a country’s consumption may be imported, leading to “offshoring” of the associated emissions to their country of origin (Peters et al., 2011). Conversely, another proportion of the country’s emissions may not be consumed locally, but rather exported.

This situation is due in particular to the trade balance in monetary terms, which is in deficit overall. In addition, France has a lower CO2 emission intensity compared to its partners, owing to the prevalence of CO2 efficient nuclear power in the French energy mix (IPCC, 2018). Moreover, the trade structure also plays a role: value added from the service sector, which emits very little, accounts for nearly two thirds of French exports (Cezar, 2016).