At end-2020, non-residents held EUR 667 billion worth of shares in French CAC 40 companies, out of a total market capitalisation of EUR 1,672 billion, which corresponds to a holding rate of 39.9%, down for the seventh consecutive year. Changes in stock prices accounted for most of this decline.

In 2020, non-residents purchased EUR 1.7 billion worth of CAC 40 shares, while residents were net buyers for a much higher amount, to the tune of EUR 10.5 billion.

Non-resident investors were mainly from the euro area (43.9%), whose share is increasing, and from the United States (32.4%). 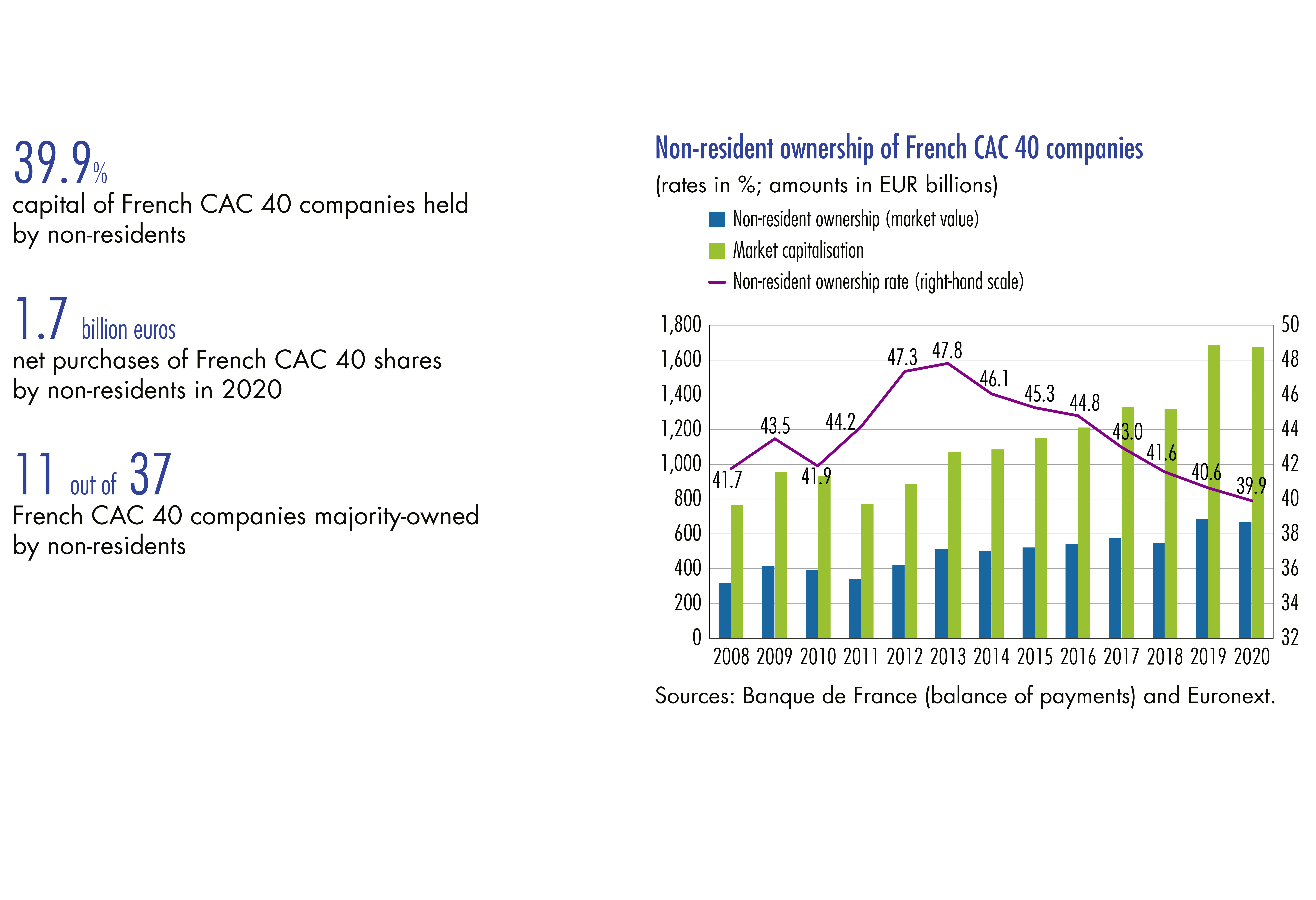 Non-resident holdings in the CAC 40 can be broken down between portfolio investments (89.6%) and individual direct investments (10.4%) (see Chart 2). For the latter, which reflect a long-term commitment, this is the highest point over the last twenty years.

Non-resident ownership declines in the financial sector, but increases in technology-related activities

At end-2020, non-residents held 36.1% of all French listed shares. This holding rate is lower than that of the other major European countries, which, unlike France, posted an increase between 2008 and 2020 (see Chart 6). In addition, French listed shares accounted for EUR 2,308 billion of market capitalisation, which is higher than in the other major European countries…