Central banks and supervisory authorities play a key role in the Asia-Pacific region in terms of green finance. They are often driving forces in their countries, both in terms of raising awareness of the effect of environmental risks on the financial system and in developing climate transition financing. And the repercussions are global, with Asia-Pacific being both the largest emitter of greenhouse gases and the region likely to be most significantly impacted by climate change. Central banks and supervisory authorities are stepping up their participation in international and regional forums, in particular the Network of Central Banks and Supervisors for Greening the Financial System (NGFS), for which the Banque de France provides the international secretariat. 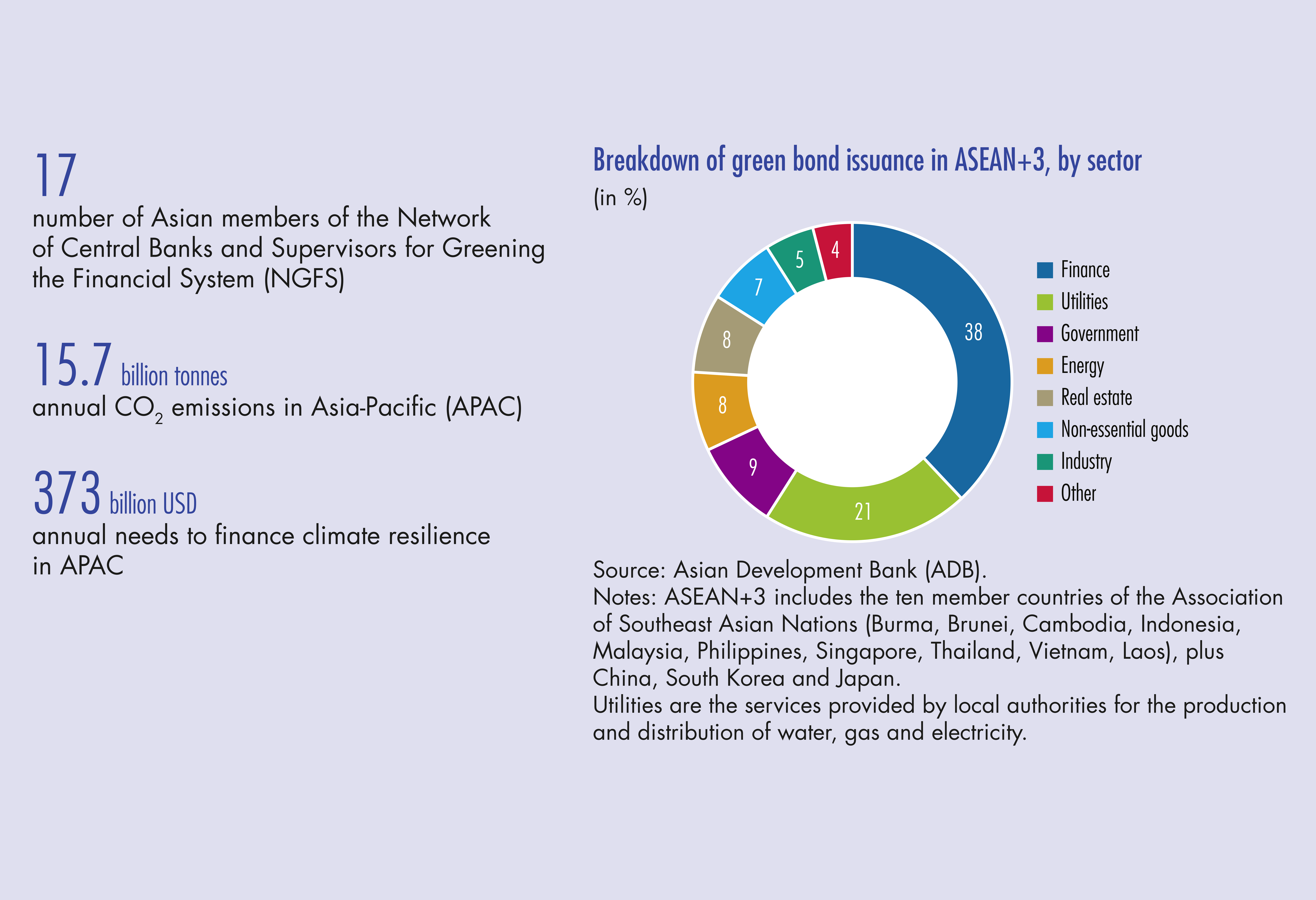 The Asia‑Pacific region (APAC) is both a major contributor to and a major victim of climate change. Over the last few decades, temperatures have risen twice as fast as in the rest of the world and the region is particularly exposed to the consequences of global warming (see Chart 1 below). It is home to 60% of the world’s population, but accounts for 83% of the people affected by weather‑related disasters over the past 20 years, i.e. more than 3 billion people. In total, damages are estimated at USD 50 billion per year over the period 2010‑2019 (IMF, 2021).

The Asia‑Pacific region has been a key driver of world growth over the past 20 years. While turning into a manufacturing hub, it has simultaneously become a major emitter of greenhouse gases (GHGs) and now accounts for about half of global emissions (15.7 billion tonnes of CO2). Since 1970, while global CO2 emissions have surged by 135%, Asia‑Pacific has accounted for more than 70% of this growth. Excluding China, however, the cumulative per capita figures are still considerably lower than those for North America and Europe. In contrast, China’s emissions (9.2 billion tonnes of CO2 in 2017) exceed those of North America and Europe combined (5.3 and 3.5 billion tonnes respectively).

The commitments made in the face of global warming