In 2019, non-residents purchased EUR 500 million worth of shares in French CAC 40 companies, while residents were net sellers to the tune of EUR 1.9 billion.

During the first quarter of 2020, these flows reversed fairly significantly, with non-residents becoming net sellers and residents net buyers, in the amount of EUR 15 billion and EUR 20.7 billion respectively. 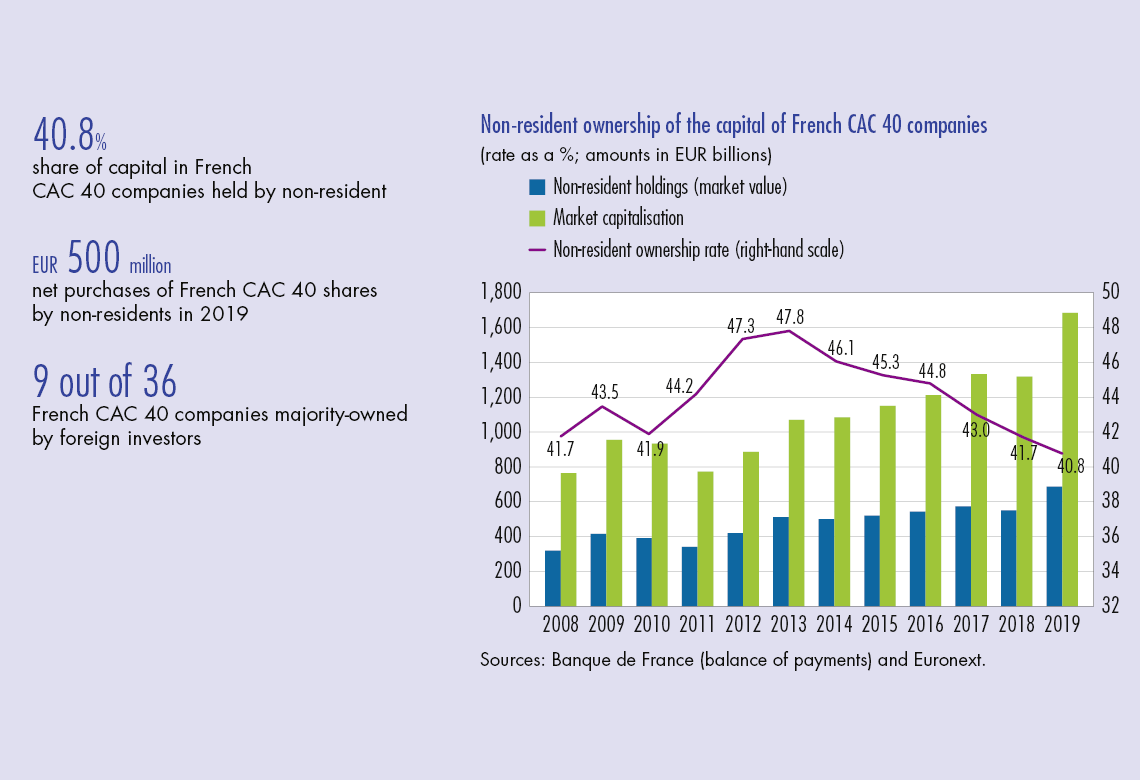 Non-resident holdings of shares listed on the CAC 40 decreased

As at 31 December 2019, non-resident investors held 40.8% of the total value of shares in the 36 French companies listed in the CAC 40. The figure was down 0.9 percentage points compared with the previous year (see Chart 1). This figure has been declining since 2014.

Measured as a share of all French listed stocks, non-resident ownership fell by 0.7 percentage point in 2019 (compared with –0.9% in the CAC 40), to stand at 37% (see Chart 3). The overall decline was somewhat offset by the increase in the CAC 40’s share of total market capitalisation in 2019, whose ownership rate by non-residents is higher.

Non-resident CAC 40 holdings fell in most sectors of Activity

The rate of non-resident ownership of all listed shares in France stood at 37% at the end of 2019. This rate is lower than that of other major European countries, which, unlike France, showed an increase between 2008 and 2019 (see Chart 6)…