Banque de France Bulletin no. 238: Article 7 In response to the health crisis, large French groups adjusted their spending and contained their net financial debt in 2020

An analysis of the consolidated accounts of large French groups (excluding the financial sector) has highlighted their ability to adjust to the context of the health crisis. Faced with the decline in activity, which affected turnover and profitability, they cut back their dividend payouts, maintained their overall level of investment and contained their net financial debt by increasing their cash position. Naturally, these aggregate trends vary from one sector of activity to another. 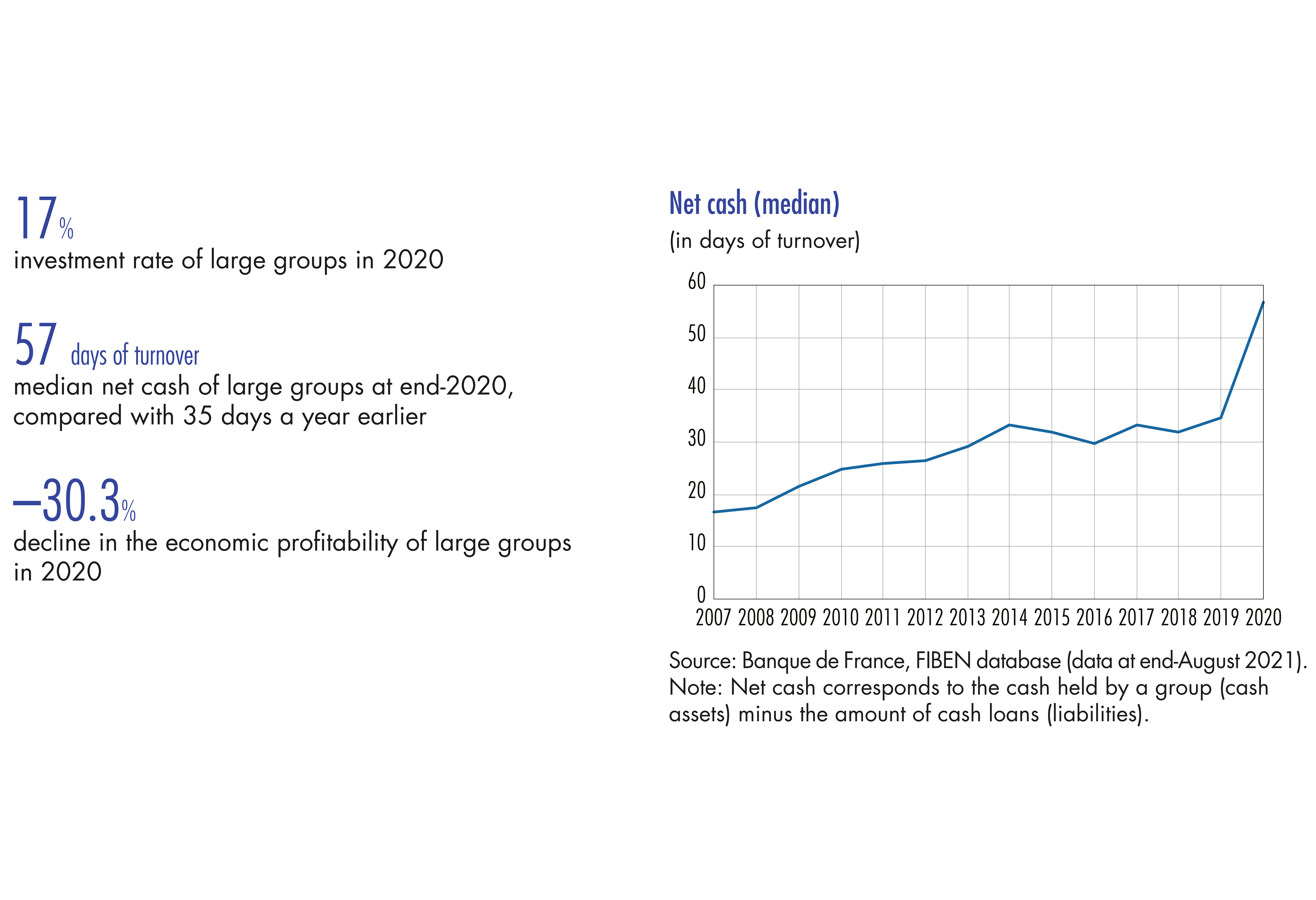 This article analyses the economic and financial situation of large private non-financial groups in France in 2020, by drawing on the consolidated accounts of the Banque de France’s FIBEN database (Fichier bancaire des entreprises) (see Appendix 1). The scope of the study covers a total of 238 large groups.

The decline in the activity of large French groups was marked, but the change in value added was identical to that of the French economy as a whole

In 2020, the value added (VA) of large groups posted an average annual decrease of 5.8%, while French GDP dropped by 5.5% at current prices (and by 7.9% at constant prices, see Chart 1a). The activity of large French groups thus declined at the same rate as the French economy as a whole.

The fall was particularly pronounced for the large French industrial groups (in particular in the aeronautics, automobile and energy sectors) and for the accommodation and food services sector, which was particularly impacted by the consequences of the health measures (see Appendix 2 for figures by sector of activity). In 2020, the industrial sector alone accounted for over half of large French groups’ turnover (56%).

In 2020, the value added of the large French groups held up better than their turnover, as they clearly succeeded in controlling their supplies (see Chart 3a). The strength of large groups’ value added is not entirely reflected in the evolution of EBITDA which, expressed as a percentage of turnover, remained relatively stable in 2019.

The two charts 3a and 3b compare the most important intermediate operating balances and their main components, relative to the level of turnover, in order to analyse what has weighed most on the net results. …