At the end of 2018, non-residents held EUR 557 billion worth of shares in French CAC 40 companies, or 42.2% of a total market capitalisation of EUR 1,319 billion. The rate of non-resident ownership thus declined for a fifth consecutive year, primarily due to a change in the composition of the index. 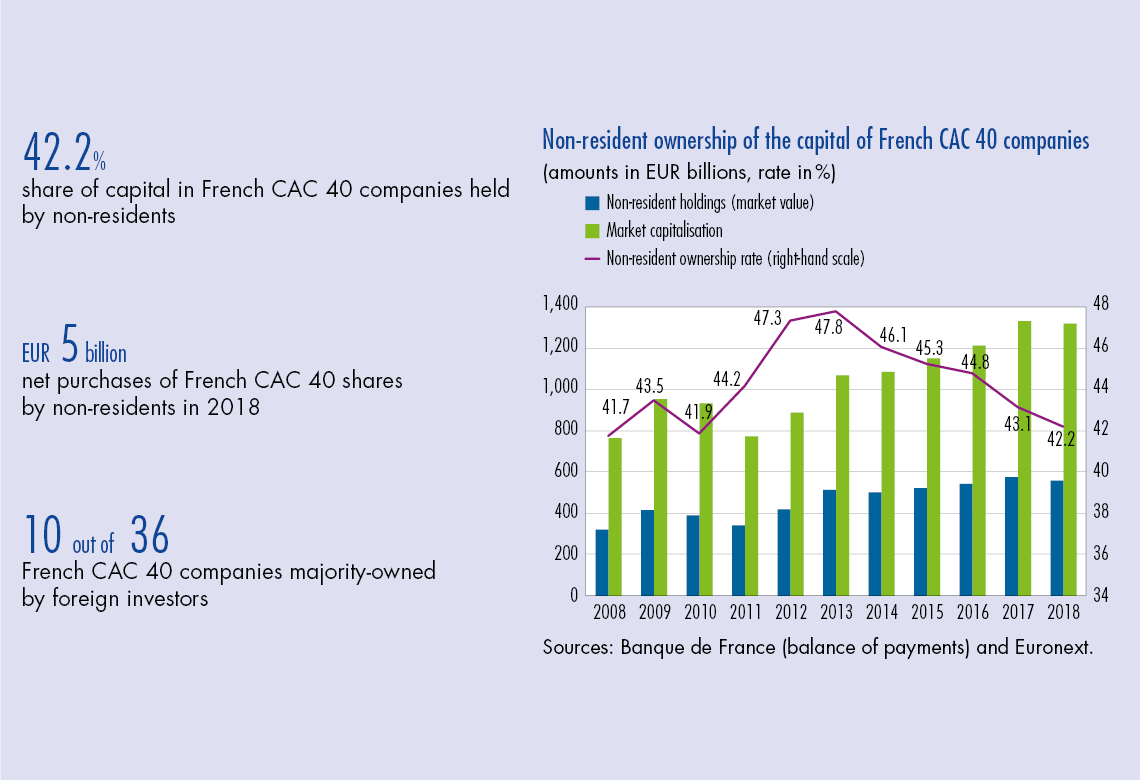 As at 31 December 2018, non-resident investors had a 42.2% shareholding in the 36 French companies listed in the CAC 40, down 0.9 percentage point on the previous year (see Chart 1) and continuing the decline observed since 2013.

Measured across all French listed stocks, non-resident ownership edged up slightly by 0.4 percentage points in 2018 to 37.8% (see Chart 2). This was the cumulative result of two effects:

Non-resident ownership has declined in the majority of sectors

French listed shares have the highest market capitalisation in Europe, and exceeded the total value of UK listed shares in 2018. Expressed as a ratio of gross domestic product (GDP), to appreciate its size relative to…