How has the euro area financial system changed since the 2007 08 financial crisis? Has it become more resilient or more fragile? This article provides an overview of the main changes since 2007 and puts them in perspective. In particular, it considers the role played by an atypical non bank financial sector player – captive financial institutions – and through them, non financial corporations (NFCs). NFCs’ optimisation and internationalisation strategies could have had a decisive influence in the development of the financial sector. By contrast, traditional banks have only played a secondary role in this development. 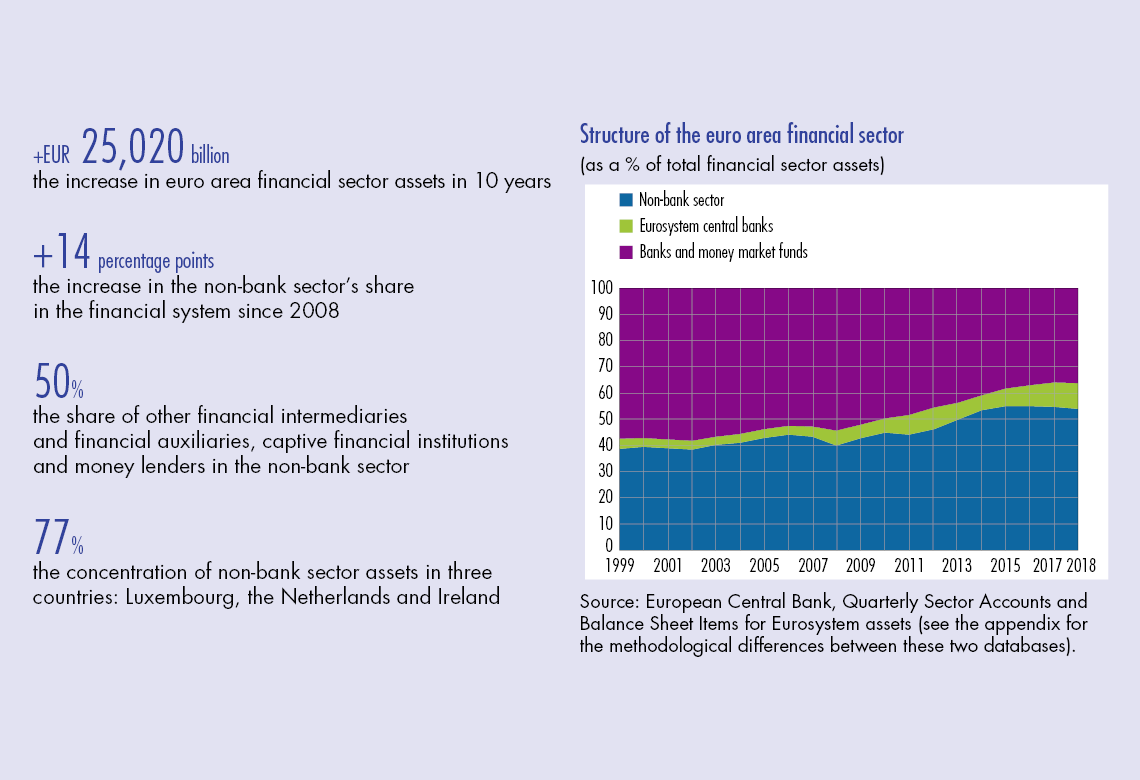 Euro area financial sector assets continued to grow at a steady pace following the global financial crisis, particularly until 2016. The 2009‑18 period saw an annual average increase of 4%, although this represented a slowdown compared with the 8% per‑year average from 1999 to 2008.

The share of the banking sector has fallen sharply

Within the financial sector, the relative share of the banking sector (investment funds, including money market funds – MMFs), which had decreased slightly before 2007, has fallen sharply since the global financial crisis (see Chart 1). This is illustrated by the fact that since 2012, annual banking sector financial transactions (including MMFs) have been less than or equal to 5% of GDP, compared with close to 40% of GDP in 2007 and 20% or more from 2004 to 2006 (see Chart 2 below). This decline can be linked to the reduction in interbank market activity with non‑resident counterparties, and post‑crisis regulations that led banks to ring‑fence and limit their own‑portfolio securities trading.

Central banks’ active use of their balance sheets and the resulting increase in balance sheet size prompted fears of excessive growth. However, when put in perspective with the development of…