Why and how to develop the international role of the euro? 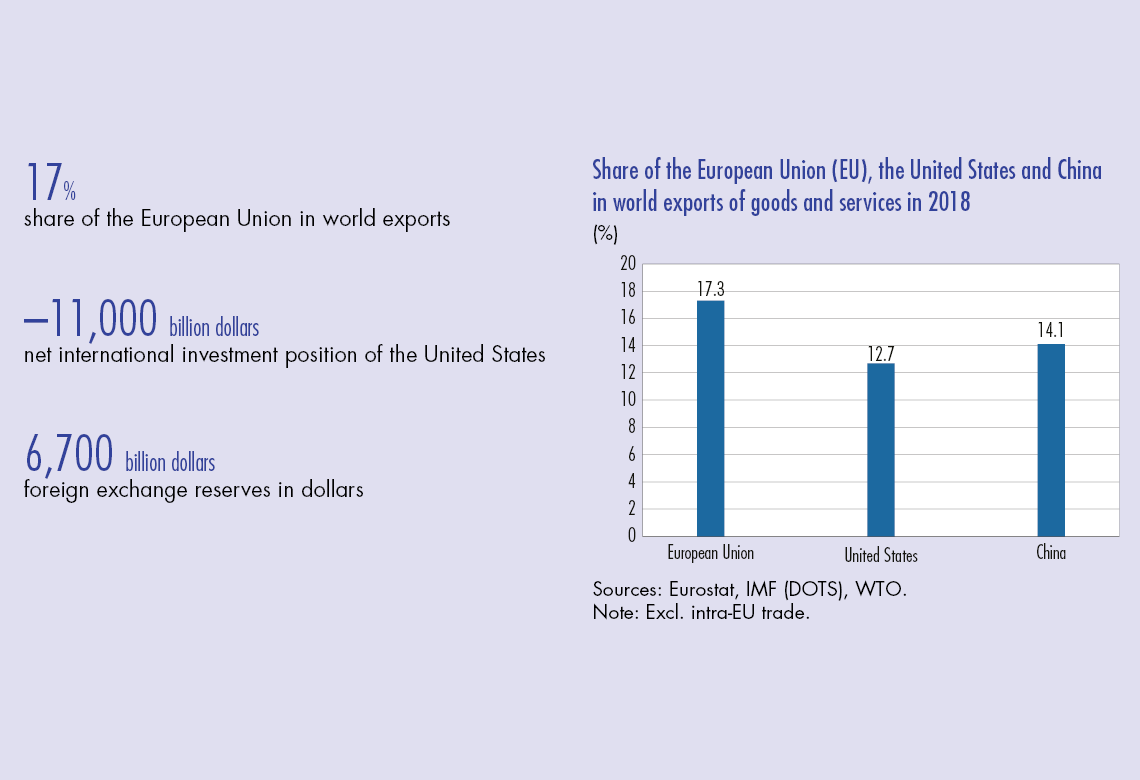 First of all, globalisation has taken the form of a rise not only in trade in goods and services, but also in capital flows. Commercially and financially open economies such as those of the euro area have greater incentives to protect themselves against import price fluctuations and to ensure stable external financing. Assuming that the current health crisis does not change previous views, which nobody can say at this point, growing trade openness also makes the euro area economy increasingly sensitive to developments in the rest of the world.

Globalisation has also resulted in a concentration of channels of exchange, as illustrated by the role of the small number of major bank card networks in retail payments or of SWIFT in interbank settlement messaging. This enhances the capacity of the country at the heart of the international monetary system to control trade and financial flows. More recently, the digital giants have multiplied initiatives to promote the use of means of payment sometimes referred to as “stablecoins”, but in fact closer to crypto assets, based on the global networking effect of their digital platforms.

1 Why strengthen the international role of the euro?

Today, businesses, debt issuers and investors use the US dollar as it serves their interests: by concentrating on a single currency, they lower their financing costs and foreign exchange risks. Businesses are able to charge and settle their transactions while limiting foreign exchange costs, either because their revenues and expenses are in dollars or because dollar financing is particularly developed and plays a…

publication
Why and how to develop the international role of the euro?
Télécharger (EN)