Should the ECB Adjust its Strategy in the Face of a Lower r*?

We address this question using an estimated New Keynesian DSGE model of the Euro Area with trend inflation, imperfect indexation, and a lower bound on the nominal interest rate. In this setup, a decrease in the steady-state real interest rate, r*, increases the probability of hitting the lower bound constraint, which entails significant welfare costs and warrants an adjustment of the monetary policy strategy. Under an unchanged monetary policy rule, an increase in the inflation target of eight tenth the size of the drop in the real natural rate of interest is warranted. Absent an increase in the inflation target, and assuming the effective lower bound prevents the ECB from implementing more aggressive negative interest rate policies, adjusting the monetary strategy requires considering alternative instruments or policy rules, such as committing to make-up for recent, below-target inflation realizations. 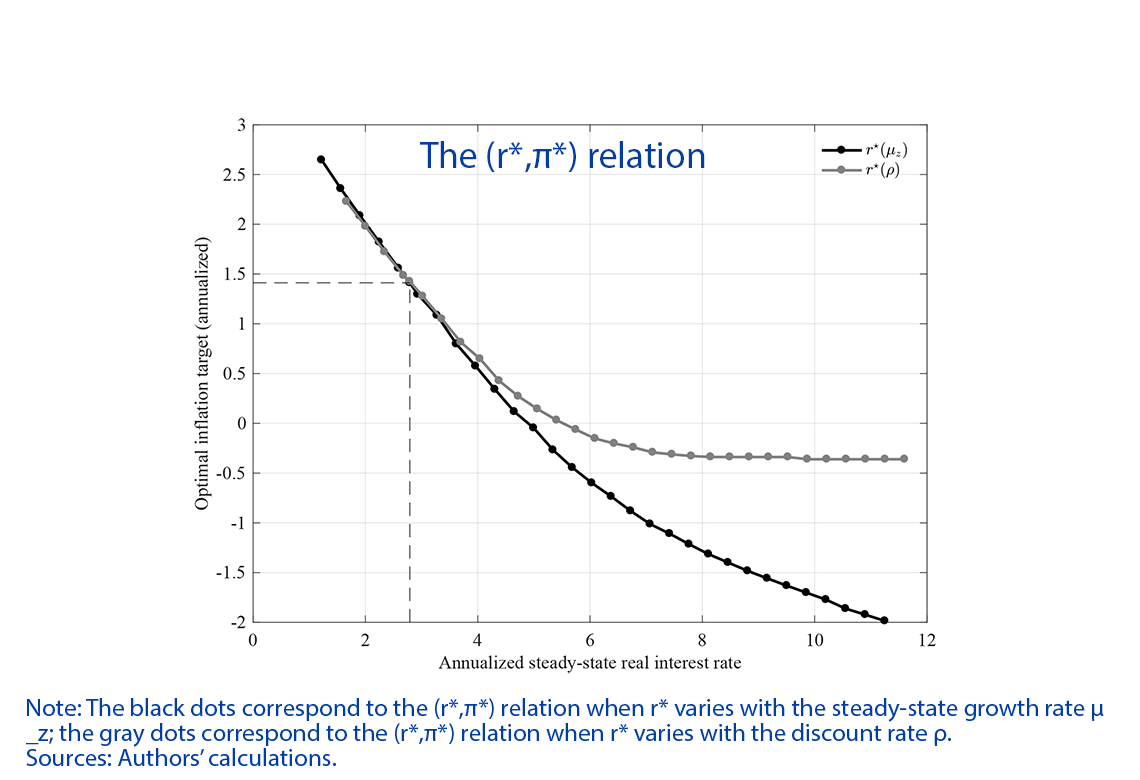 The ECB launched a review of its monetary policy strategy in January 2020.  As a motivation for the strategy review, the ECB stated that “declining trend growth, on the back of slowing productivity and an aging population, as well as the legacy of the financial crisis, have driven interest rates down, reducing the scope for the ECB and other central banks to ease monetary policy by conventional instruments in the face of adverse cyclical developments”.

A structurally lower real interest rate matters for monetary policy as, everything else being constant, it will cause the nominal interest rate to hit its effective lower bound (ELB) more frequently, hampering the ability of monetary policy to stabilize the economy, and bringing about more frequent (and potentially protracted) episodes of recessions and below-target inflation.

To address these questions, we conduct a quantitative welfare-based analysis which relies on an estimated structural macroeconomic model of the euro area, featuring less than imperfect indexation of prices to past inflation.

Our main findings can be summarized as follows: (i) Not changing the monetary policy strategy is suboptimal; (ii) a 1 percentage point decrease in r* from its pre-2008 level calls for an increase in the inflation target of roughly a 0.8 percentage point when the policy rule is unchanged; and (iii) a change in the policy rule can be an alternative to increasing the target if the commitment to making up for inflation lost during ELB episodes is strong and credible enough.

publication
Should the ECB Adjust its Strategy in the Face of a Lower r*?
Télécharger (EN)